Used car shortage ‘exacerbated’ by shift to retail away from fleet 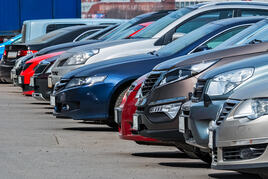 A shortage of stock in the used car market is likely to worsen with manufacturers diverting the supply of new cars away from fleet towards more profitable private sales, warns the Vehicle Remarketing Association (VRA).

Figures from the Society of Motor Manufacturers and Traders (SMMT), published earlier this month, showed that, while there has been a 25% decline in fleet and business registrations year-to-date, retail sales have increased by 11.4%.

Fleets have faced long lead times of more than a year for some models and have seen orders cancelled, because of supply chain constraints faced by carmakers.

VRA chair Philip Nothard said: “To some extent, it makes sense for manufacturers to do this. New car supply is poor, and factors such as the ongoing semiconductor shortage and the war in Ukraine are unlikely to significantly improve any time soon.

"Carmakers are simply maximising their profit potential. However, it is likely to distort the used car market to an even greater extent than we have seen over the last couple of years.”

Historically, fleets have provided a steady, almost “clockwork supply of cars” into the used sector, explains Nothard. But this has fallen massively in recent years as new car production has declined since the start of the pandemic.

The problem for the used car market is that private buyers tend to hang onto their vehicles for a year or two longer.

Nothard continued: “The cars that they push into the used market when they get a new model tend to be older, and then they will keep hold of that for longer in turn.

“The vehicle life model that we have seen for decades, and which has served the used car with a predictable flow of stock no longer fully exists, and this will undoubtedly constrict future supply.”

There is even the possibility, he says, that fleets could become “habitualised” to operating cars for more extended periods, which would also have an impact.

“Fleets have operated cars on three to four-year cycles for decades, but the lack of new car supply together with the low mileage that many racked up during the pandemic means that they are hanging onto them for much longer, often into a fifth year,” he said.

The question for the used car market is whether fleets will return to their traditional kinds of cycles or stretch them in the future?

“There’s a strong chance that it is the latter, especially as widespread electrification takes hold,” explained Nothard.

“EVs are more expensive than ICE cars, so are more likely to be taken on longer leases and can potentially also be operated for more extended periods without significant component failure.

“All of this means that the role of fleets within the used car market is shifting and perhaps permanently so in a manner that could reduce supply not just in the short-medium term but longer, too.”