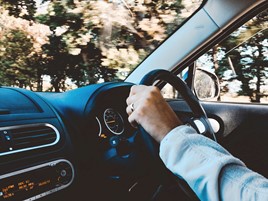 The Royal Society for the Prevention of Accidents (RoSPA) has welcomed a new road safety manager, Steve Whitehouse, to its Scotland team.

Whitehouse will promote the charity’s life-saving work and help reduce casualties on the road.

He previously worked in local Government.

Whitehouse said: “I am keen to get stuck in and develop RoSPA’s work, particularly around occupational road risk.

“It is estimated that up to a third of road accidents involve someone driving for work purposes.

“I believe that the work of the Scottish Occupational Road Safety Alliance (ScORSA) can be pivotal in reversing this trend.”

He played a part in the implementation of ‘Bikeability’, a Department for Transport scheme, which encourages people to cycle by providing the training and skills needed.

Whitehouse has previously managed the Lancashire partnership for road safety and was the regional manager for the North West of England for the Highways England driving for better business initiative.

Sandy Allan previously had the role for five years.

RoSPA chief executive Errol Taylor said: “Clock changes were first introduced in 1916 to reflect the needs of a nation at war.

“However, our priority now should be the prevention road accidents that cause serious injury and death.

“We know that the clock change kills people.

“During the working week, casualty rates peak at 8am, 10am, 3pm and 7pm, with the afternoon peak being higher.”

The Government should take a lead from Scotland and Wales and adopt road safety targets across England, according to the Royal Society for the Prevention of Accidents (RoSPA).