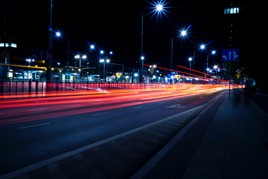 RoSPA has called for the Government to dismiss the October clock change, and instead stick to British Summer Time (BST) on a permanent basis to improve road safety.

From March 1968 to October 1971, the clocks remained on BST, and RoSPA says it saved hundreds of lives.

Data collected by the road safety organisation revealed that approximately 2,500 fewer people were killed and seriously injured during the winters of 1968/69 and 1969/70 compared to the previous two years, showing a reduction of 11.7%.

RoSPA chief executive, Errol Taylor, said: “Each year, when the clocks go back in the autumn, there is a marked spike in the number of vulnerable road users killed and seriously injured.

“In 2017 a similar pattern emerged, with pedestrian fatalities as a result of road accidents rising from 37 in September to 46 in October, 63 in November and 50 in December.

“From the 1968-1971 experiment, we know we can reduce accidents, particularly those involving child pedestrians, by having lighter afternoons and evenings throughout the year.

"So the question remains, why aren’t we doing this now?”

According to statistics provided by the Department for Transport, in 2018 pedestrian deaths in Britain rose from 40 in October, to 56 in November and 70 in December.

Recent research from The RAC Foundation shows that the October clock change sees an average increase of 278 collisions- which is up by 5.1%.

Head of road safety at RoSPA, Nick Lloyd, gave evidence to a House of Lords committee, which is discussing the discontinuation of the Autumn clock change.

Earlier this year, the European Union Parliament stated that its members should switch to permanent winter or summer time by 2021, helping RoSPA's campaign, which started in the 1960s.​

RoSPA ‘pulls no punches’ when it comes to road risk

Persuading companies to act before they have accident-related problems has always been a challenge for RoSPA. Andrew Ryan reports on progress