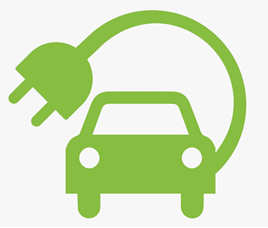 The Electric Vehicle Association (EVA) England is urging the Government to bring the ban on the sale of new petrol and diesel vehicles forward to 2030.

The new consumer association's view has been supported by the majority (82%) of the 1,114, drivers and prospective EV drivers that responded to its survey to say the ban should happen before 2035.

The Government is currently analysing feedback from its recent consultation on the ban of new petrol and diesel vehicles to gain opinions on it already being brought forward from 2040 to 2035, as well as whether it would be possible to introduce the phase out even earlier.

Nearly two thirds of respondents of the EVA survey support a 2030 phase out date and 72.9% believe an earlier phase out date would positively affect the UK economy.

Three quarters of those surveyed agree or strongly agree that the motor industry will be able to supply enough electric cars to meet demand.

A further 96% think an earlier phase out date would have a positive impact on public health.

Over three quarters also didn’t think an earlier phase out would put unfair pressure on the automotive industry and its employees to meet the deadline.

Helen Clarkson, chief executive of The Climate Group, the organisation that helps to run the UK Electric Fleets Coalition in partnership with BT Group, said: "Businesses are making the switch themselves through our EV100 initiative and now they are coming together with a clear message to Government: match our ambition and help us move to clean electric transport.”

"...Zero emission vehicle mandates are not the answer..."

However, an earlier ban has not been widely supported by vehicle manufacturer and vehicle leasing associations.

The British Vehicle Leasing and Rental Association (BVRLA) labelled an earlier ban as a mistake in its response to the Government consultation.

"We need to align our electric vehicle strategy with our closest markets in the EU, where grants and incentives have proved much more successful.”

Mike Hawes, Society of Motor Manufacturers and Traders chief executive, has said that even meeting the 2035 deadline will be an "extremely challenging goal".

When the Government launched its consultation in February this year Hawes said: "We will need an extensive package of government support, including not just a long-term commitment to the plug-in car grant but an extension so that it covers all ultra low emission vehicles, whether plug-in hybrid, full battery electric or hydrogen-fuelled.

"We’ve already seen the clear evidence from other European markets of the negative consequences of removing incentives before the market is ready."

Responses to the survey were primarily secured in collaboration with the 35-plus regional electric car clubs in England, largely thanks to the EV Groups Nexus.

EVA England is a new consumer association inspired by similar associations in Scotland, Norway, the Netherlands, Canada and the USA.

Bridget Phelps, EVA England chair, said: “We are at a critical juncture in our country's automotive history.

“Climate leadership demands that we move more quickly to clean our air.

“Development of electric cars and vans, their batteries, and renewable energy will create jobs and build a path to a more sustainable economy."

The survey results also showed support from a Government funded scrappage scheme for petrol and diesel internal combustion engine cars, the continuation of the plug-in vehicle grants, the establishment of a seamless payment scheme for vehicle charging and faster investment in public charge infrastructure.

EVA England will officially launch and welcome members later in 2020.

Politicians have been accused of 'not living in the real world' after the Government announced it was bringing forward the ban on the sale of new petrol and diesel cars and vans to 2035.

Hybrid cars, including mild-hybrid and plug-in, will be required if the Government is going to achieve it’s ambition of banning the sale of Internal Combustion Engine cars by 2035.