The interoperability of electric vehicle (EV) charge points should be made a condition for local and central government funding, a new report suggests.

Driving uptake: Maturing the market for electric vehicles, published by think tank Bright Blue, suggests a range of fiscal measures the Government needs to take help make it easier for drivers to make the switch to EVs.

They include calling for all petrol stations above a certain size to be required to have at least three rapid charge points by 2023; make the inclusion of estimated lifetime costs mandatory for all used as well as new vehicle sales alongside the retail upfront price; increase the value of the Plug-in Car Grant so it equals £5,000 from April 2021 and then gradually reduce its value in regular intervals before being phased out completely from October 2023; and establish a used vehicle Plug-in Car Grant of at least £2,000 to support low income people into EV ownership.

Patrick Hall, co-author of the report and a senior researcher at Bright Blue, said: “We recommended that interoperability be a condition for central and local government funding towards charge points.

“This would mean all charge points across a borough or district would be easily accessible regardless of the charging network they are connected to.

“But, if this was not implemented, any new on-street charge points in the borough should be grouped under a single tender to one charging network.

“This would ensure that all charge points within a borough or district would be accessible via the same charging network.”

Unlike other countries, few cross-network agreements to facilitate interoperability exist in the UK. The UK Government provides significant amounts of funding for charge points through a central fund and to local authorities through the On-street Residential Charge Point Scheme.

By making central and local government funding for charge points conditional on the basis of providing interoperability, this would act as a catalyst for an increase in cross-network agreements and interoperability between charging networks, says the report.

This would benefit charge point users by increasing the number of charge points that they could access using a single charging network subscription.

The Bright Blue EV report also calls for petrol stations in the UK above a certain size should be required to have at least three rapid charge points by 2023, which would be financed in-part by petroleum companies.

Setting a date of 2023 would provide petrol stations with ample time to lay the necessary cabling and complete the installation of a rapid charge point, it says.

By having at least three rapid charge points at every petrol station above a certain size, it says drivers can have security in knowing that they will be able to recharge their EV almost wherever they can locate a petrol station, and wherever they may have previously refuelled their ICE vehicle.

Hall said: “Recent polling shows that 44% of drivers thought that a lack of local charge points held them back from purchasing an EV – the second largest barrier to EV uptake after their high upfront price.

“For those who live in homes with no off-street parking, a lack of nearby charging infrastructure is a significant barrier to EV ownership.

“Off-street parking provides EV owners with the opportunity to install their own EV chargers on their premises, such as in a garage, driveway, or private parking bay.

“Being able to charge an EV at or near a driver’s home is important for prospective EV owners, given that this is how the vast majority of EV charging takes place.”

In terms of the Plug-in Car Grant, the report calls for it to be front-loaded so its value is increased from £3,000 to £5,000 from April 2021 in order to support near-term demand, before being gradually decreased at regular intervals until it is phased out altogether in October 2023.

In practice, this sets a clear 30-month trajectory for the complete phase out of the Plug-in Car Grant, it says, encouraging households and businesses to purchase new EVs as soon as possible, as delay only continuously reduces the amount of Government subsidy available to them.

By front-loading the value of the Plug-in Car Grant and gradually decreasing it over 30 months, it would also prevent a demand cliff-edge where the grant suddenly ends, currently set for 2023.

Furthermore, to make EV ownership more accessible for less well-off households, a Used Vehicle Plug-in Car Grant should be established, providing a grant of at least £2,000 for the purchase of a used EV from the second-hand market.

To be eligible for the Used Vehicle Plug-in Car Grant, vehicles must have CO2 emissions of less than 50 grams per kilometre and a minimum zero emission driving range of 112 kilometres (70 miles), matching the eligibility criteria of the existing Plug-in Car Grant for new EVs.

In addition, vehicles must not cost more than £30,000 to prevent high-end luxury vehicles being subsidised, it says. To be eligible for the Used Vehicle Plug-in Car Grant, vehicles could also be purchased from a dealership to prevent subsidy fraud via private sales.

In order to target the grant towards those whom it aims to support, only households or individuals which are considered low-income could be eligible for the grant, says the report. 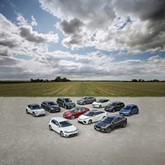 The benefits of electric vehicles for fleet managers

The benefits of electric vehicles for fleet managers