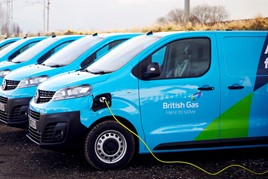 The key role the fleet industry will have to play in helping the UK achieve net zero emissions by 2050 has been reflected in the Government’s transport decarbonisation plan.

The 220-page document, published earlier this month alongside a series of consultations and a delivery plan for transitioning to zero emissions cars and vans by 2035, includes proposals to ban the sale of new diesel heavy goods vehicles (HGVs) from 2040, and a pledge to maintain low company car tax rates for electric vehicles (EVs) up to 2025.

The Department for Transport (DfT) has launched a consultation on the proposed dates and whether they should be extended to HGVs using low carbon fuels, or if the maximum permissible weights of zero emission or alternatively fuelled HGVs should increase to allow for their generally heavier powertrains. It closes on September 3.

DfT had previously announced a ban on the sale of new petrol and diesel cars and vans by 2030, with hybrids banned from 2035.

“The ambitious timescales involved in the phase-outs for the sale of polluting cars, vans and trucks leave little room for error,” said Gerry Keaney, chief executive of the British Vehicle Rental and Leasing Associations (BVRLA).

“It is vital that the policymakers continue to engage with a wide cross-section of road users to understand the risks, challenges and opportunities that are being thrown up by this swift transition.”

He added that the Government’s ‘greenprint’ provides some clarity and certainty for road users, but there are still “major questions” that need answering, including what longer-term plans the Treasury has for motoring taxation.

“As a fleet manager, I now know what I need to do,” Lorna McAtear, National Grid

The transport decarbonisation plan also sets out how the Government intends to improve public transport, creating a net zero rail network by 2050, ensuring net zero domestic aviation emissions by 2040 and leading the transition to green shipping.

Removing tailpipe emissions from cars and vans is fundamental to decarbonising transport, as they are responsible for almost a fifth (19%) of the UK’s total domestic greenhouse gas emissions.

HGVs accounted for 16% of the transport emissions, second only to cars and vans, while representing just 1% of vehicles on UK roads.

Transport secretary Grant Shapps said: “We must deliver a step change in the breadth and scale of our ambition to reduce transport’s greenhouse gas emissions to reach net zero.”

The Government says that fleet operators transitioning to zero emission cars and vans are vital to ensuring it achieves its decarbonisation ambitions and enabling the UK to attract a sufficient supply of vehicles. Many companies are looking to switch.

The EV100 global leadership campaign has launched the UK Electric Fleet Coalition, which has secured commitments to transition more than 700,000 vehicles to zero emission vehicles (ZEVs) by 2030.

The transport decarbonisation plan also recognises that the vehicles bought by fleets will play an important role in feeding the second-hand market.

National Grid, which operates more than 2,700 cars and vans as well as 54 HGVs, is aiming to have a zero-emission fleet by 2030.

“As a fleet manager, I now know what I need to do; it’s that certainty, we have the dates, we now need to work towards them.”

McAtear also welcomed the “consistency” on benefit in kind (BIK) for electric company cars. “The Government has listened to fleets and recognised the important role they have to play in achieving net zero and now it’s put the measures in place to try and do it,” she said.

The Government says it wants to lead by example when it comes to decarbonising fleet operations and has committed to transitioning 25% of its car fleet to ultra-low emission vehicles (ULEVs) by 2022.

Currently, almost a third (31%) of the DfT’s car fleet is classed as ultra-low emission, though no figures were available for the whole of the Government fleet.

Many local authorities and the wider public sector are also taking action to decarbonise their fleets. For example, NHS England, as part of its ‘Net Zero National Health Service’ plan, has set a commitment that 90% of the NHS fleet must use low, ultra-low and zero emission vehicles by 2028.

Meanwhile, the Mayor of London has committed that all new cars and vans, including response vehicles, in the GLA group (encompassing Transport for London, the London Fire Brigade and the Mayor’s Office for Policing and Crime, among others) must be zero emission capable from 2025.

To help fleets make the switch away from diesel and petrol, the transport decarbonisation plan also includes a commitment to keeping BIK tax rates low for zero emission company cars until March 2025.

The DfT says that pure electric cars will also be exempt from vehicle excise duty (VED) until at least March 2025, while enhanced capital allowances when buying a new zero emission car for business use, allowing for 100% of the cost of the car to be written off against the taxable income of the period in which it was bought, will remain available over the same time period.

Furthermore, there is a commitment to ensure the plug-in car and van grant is available until at least 2022/23.

Meryem Brassington, electrification propositions lead at Lex Autolease, said: “As a means of gathering many of the disparate threads and plans that make up the Government’s exciting and ambitious net zero strategy, the plan is to be welcomed.

“The Government’s commitment to drive its sustainability ambitions forward, and to consult with industry on the best way to do this, is also commendable.”

To ensure adequate supply of EVs into the UK market ahead of the 2030 ban, the Government is also consulting on the design of a new domestic regulatory regime for road vehicle CO2 emissions, including the possible introduction of a zero-emission vehicle (ZEV) mandate, as recommended by the Climate Change Committee.

A ZEV mandate establishes sales percentage targets that must be met by manufacturers, requiring them to sell a certain proportion of pure EVs.

Manufacturers earn credits for selling ZEVs, rather than the targets being monitored directly, so they can meet their target either by earning credits through the sale of ZEVs, or from buying excess credits from manufacturers that have overperformed against their own target.

The Government says it will also seek to define the ‘significant zero emission capability’ that all new cars and vans will be required to deliver between 2030 and 2035.

Jon Lawes, managing director of Hitachi Capital Vehicle Solutions, said it is “positive” that the Government’s transport decarbonisation plan has committed to phase-out dates for all non-zero emission vehicles.

However, he argued: “We must follow through with robust policies, such as the potential ZEV mandate, to ensure that the automotive industry meets these targets and the rising demand for ZEVs from businesses and consumers.”

With both Stellantis and Nissan having committed to increasing EV production in the UK, Lawes says the UK is in a strong position to “significantly ramp up its EV production” in the coming years.

“Introducing a ZEV mandate would be a milestone policy to encourage all manufacturers to consider their vehicle output and establish ambitious strategies to phase out petrol and diesel vehicles,” he said.

The UK’s decarbonisation strategy was published at the same time as the EU launched its ‘Fit for 55’ plan.

It has set a target of banning the sale of new petrol and diesel cars by 2035 as part of its decarbonisation plan.

It also includes a reduction to zero CO2 emissions from new cars sold in the bloc by 2035, as it seeks a 55% cut in CO2 emissions by 2030 compared with 2021 levels. This accelerates the previous plan, which targeted a 37.5% reduction by the end of the decade.

Included in the proposed EU legislation is a requirement for countries to install public charging points no more than 60km (37.3 miles) apart on major roads by 2025 in a bid to boost EV adoption.

In the UK, an electric vehicle infrastructure strategy is promised by the end of the year, which will set out the Government’s vision for infrastructure rollout, and roles for the public and private sectors in achieving it.

By 2030, it expects to have 2,500 rapid charge points across the strategic road network, and 6,000 by 2035. It is also working with Ofgem on the deployment of the Energy Networks Association’s £300 million Green Recovery Scheme, announced in May, to accelerate motorway service area and wider EV charging infrastructure investment.

The decarbonisation plan makes a commitment to support the private sector to deliver at least six rapid charge points at every motorway service area in England by 2023.

Opinion: Stephen Joseph, chair of Smart Transport, looks at what will this mean for businesses and company fleets. To read, click here.

Four-in-five say decarbonisation of UK road transport by 2050 is possible, but two-thirds believe tougher policies are needed, according to Zemo Partnership survey.