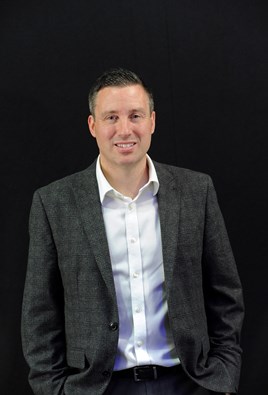 Countryside Properties has put the driver at the heart of its new approach to fleet management.

In 2015, Chris Connors (pictured), group facilities and fleet manager at the company, introduced a number of changes to the way the fleet, which now numbers more than 400 vehicles, was run.

These included outsourcing to one provider for a fleet management service as well as changes to the user-chooser car policy, such as giving three or four-year lease options, the ability for employees to trade up or down, and a car list updated on a six-monthly basis.

The changes had a positive impact on the fleet. It was generally seen as a ‘good’ car offering, it aided staff recruitment and retention, budget and spend was managed, while end-of-contract costs were reduced.

However, the policy has now been rewritten to address a number of drawbacks, said Connors.

For example, “under the old policy, if one of our drivers had more than one accident, then we would recharge the excess”, he said.

“It was just this recharge culture of ‘do you know what, something has happened, and we are going to increase the cost’.

“What actually happened was that we had a lot of unhappy staff. A lot of people who were driving on to building sites and getting punctures were very disgruntled because we were recharging for this.

“There was a lot more admin work, and then we got inconsistencies where some employees wouldn’t pay but their cost centres would.

“Some cost centres were up for paying for everything for their staff, but others were ‘no, we’re not going to pay for that’.

Connors said another challenge was around the six-monthly car list, which had been successful at the start.

“We found that it was out of date very quickly, new cars were coming to the market and we couldn’t get them on there,” he said.

“That was where we wanted it to be, but the downward trend was starting to worry us.”

Connors said the company’s fleet policy was proving to be “restrictive” and “used as a punishment”, so took the decision at the end of last year to review it.

This prompted the company to take a new approach to its fleet management. “We have tried to get a focus on driver behaviour,” he said.

“We decided that we should look at what is going on. Why are things happening? Let’s reward our drivers when they do what we them to do: let’s not punish them with a recharge, let’s reward them for good behaviours.

“We want to be proactive. Instead of reacting to an incident, let’s try to prevent them happening.

“We want to look at driver training and actually target it at the people who need it.

“We want to use the information we’ve got available to us from the leasing providers, our insurers and other sources: we’ve got a lot of information out there, so let’s look at it, let’s understand it.”

Other changes include introducing a real-time car list as the six-monthly list quickly became out of date, while a working group of employee representatives was also created to increase communication and feedback.

All changes are being promoted to staff at a series of workshops.

“We are taking a long-term planning view. We want a framework policy that stands the test of time and gives us a structure that we want to work and means we won’t have to rewrite it just because there is a change in government, but enables us to be flexible enough to adapt.”

> READ MORE ABOUT COUNTRYSIDE: Countryside company car drivers can the car they want

Countryside: company car drivers should have the car they want

In an industry beset with skills shortages, Countryside sees company cars as powerful weapons in gaining and retaining top people.