'Hazard perception should be part of fleet driver training' 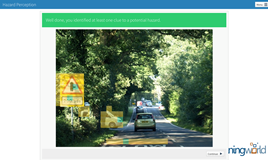 Hazard perception training should be a key part of a fleet’s driver training strategy, starting at recruitment, members of the Fleet200 were told at the November virtual meeting.

The Government introduced a hazard perception into the UK driving test in 2002, and a later study showed that an 11.3% fall in low-speed collisions could be directly attributed to this.

Research by Horswill in 2016 found it led to the prevention of 8,535 damage-only collisions and 1,076 injury collisions a year, as well as an annual saving of £89.5 million.

“It does look like the hazard perception test being introduced into the UK has had a very good benefit,” said David Crundall, traffic and transport psychologist at Nottingham Trent University.

“We know that when you pass your test, you’re at least three times more likely to have a collision in those first 12 months than an experienced driver, but it doesn’t mean that all experienced drivers are better than all learner drivers.

“We know that hazard perception training can benefit even highly experienced drivers.

“Even the best drivers are not so good that they cannot benefit from additional training in this area.

“The result of that is hopefully you’re reducing collisions, but also you’re potentially improving fuel economy through the removal of harsh braking and acceleration.”

“When you see a pedestrian walking down the pavement, they’re not a hazard at that point. But if they start looking over their shoulder towards you or if they start veering towards the roadway, then they’re giving a clue that they may step into the road."

Hazard perception is a cognitive skill which involves drivers being able to spot hazards and potential hazards so they can take any action necessary to mitigate and avoid the danger.

This means they need to know, first and foremost, where to look and then spot the precursors, which are clues to an upcoming hazard.

“When you see a pedestrian walking down the pavement, they’re not a hazard at that point,” said Crundall.

“But if they start looking over their shoulder towards you or if they start veering towards the roadway, then they’re giving a clue that they may step into the road.

“In essence, they’ve become a precursor to a hazard. And these clues are what the really safe drivers are picking up.

“Unfortunately, there’s very rarely one precursor available to us at the scene, there are usually multiple precursors and we have to monitor all of them and prioritise them.

“In essence, we’re assessing the danger in each of these precursors and comparing them. The one we put to the top of this priority hierarchy is the one that we’re predicting is most likely to become the hazard.

“If we can do that successfully then we can mitigate the danger for that predicted hazard perhaps by adapting our position within the lane or changing our speed.

“And if the hazard does occur, we can hopefully avoid that hazard because we’ve already chosen the safe response to make.”

Measuring safety in an objective way

Crundall said organisations always look at the driving record of people when they hire drivers, but a hazard perception test on a computer would allow them to objectively measure their ability to stay safe on the road in a very quick way.

“A hazard test can take five or 10 minutes and you can have a score that will provide some evidence for you in that recruitment decision,” he said.

Crundall said recent evidence in America also suggests training people to spot hazards makes them more aware of the dangers on the road.

“But the problem with that is if you have poor levels of hazard perception you are going to think the road is clear when it’s not.

“As you train people in hazard perception, they get better at reading the road. They are less likely and less willing to engage in distracting activities.

If you're a fleet decision maker interested in joining the club and attending the final meetings of this year (November and December) and our meetings in 2021, email emma.bunce@bauermedia.co.uk.

Our next meeting: March 30 (via Zoom)

Simon Down and Alex Marks, from Deloitte, will be discussing: 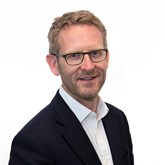 The risks fleets face as they exit lockdown

The risks fleets face as they exit lockdown 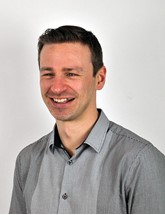