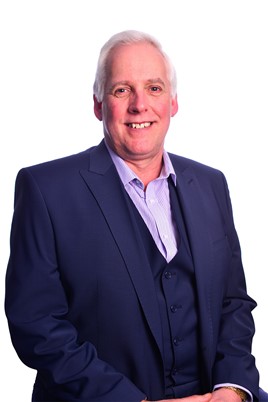 By Andrew Mee, head of forecast UK at Cap HPI

As motor retail continues to recover after the lockdown period, the forecast for used values in the UK continues to evolve.

Over the coming weeks and months, our short-term view is one of relative stability.

There is currently little weakness in the market, but as we move through Q4, values could start to come under more pressure.

The current strength in the used market may start to slowly ebb away, as pent-up demand for used cars is satisfied and the typical pattern of falling values in the latter months of the year could be re-established.

There is plenty of evidence to suggest that people are buying smaller used cars to avoid public transport, but this is likely to be a short-term dynamic.

Similarly, the number of those upsizing due to grants or savings made during the last few months is also likely to wane.

On average used car values are now 7% higher than they were a year ago, and this is likely to be unsustainable as supply and demand normalise.

New independent forecasts for the UK economy were published in August and show a further worsening of forecasts for GDP and unemployment.

Although GDP is forecast to recover during 2021, full recovery is not expected until late 2022.

The worst forecasts for unemployment are 9% for 2020 and 10% for 2021. These are very close to those of the Office for Budget Responsibility (OBR) central economic scenario.

The government’s furlough scheme ceases at the end of October, and although this will be replaced by a new job support scheme in November, the consensus is that this will be cheaper and less effective at stemming the increasing tide of redundancies.

It is therefore almost certain that 2021 will see the recession start to bite.

Economic uncertainty, rising unemployment and job insecurity, coupled with the possible continuation of a second wave of infections and associated restrictions on movement, will all continue to negatively impact consumer confidence and spending power.

They are likely to become more prudent when it comes to a big-ticket item such as a replacement car, and less likely to continue to pay the high prices being achieved today.

Also during 2021, we expect a large increase in the volume of used cars coming back into the market, mainly as a result of extended fleet contracts for cars that cannot be realistically extended any further, and also as a result of an expected increase in PCP early terminations as forbearance measures taken by lenders come to an end.

This combination of falling demand and increasing supply will create a perfect storm, and so in our view, the gradual downturn in values expected in late 2020 will accelerate as 2021 progresses.

There will be a reversal of the current situation where values are 7% higher than a year ago: in a years’ time values could be up to 10% lower than they are now.

The downturn will affect all ages of cars. The bulk of used supply will be cars two to four years old, but there will be a relative shortage of one-year-old cars due to the drop in 2020 registrations.

However, as we have seen in the past, there is limited elasticity in value movements of cars at different ages.

The significant fall in value of older cars will drag down the values of one-year-old cars too, although they will be slightly supported by their low volume.

The downturn will also affect all cars sectors, but there will be some variances. Smaller cars, being cheaper, will be relatively protected compared to larger more expensive cars.

To turn an old adage on its head, ‘What goes down must come up’.

Assuming that initiatives to improve the economy and unemployment are successful in the medium to long term, then consumer confidence will recover, and there will be improved appetite to buy used cars, including the more expensive ones.

Coupled with reduced used supply arising from the interruption to new car registrations in 2020 and 2021, and the overall long term trend of falling registrations, we expect that by mid 2023 used car values will have recovered to broadly where they would have been without the Covid interruption.

With no more shocks to the economy and a continuing long term small reduction in used car supply, the market is likely to see further used value strength beyond 2023. 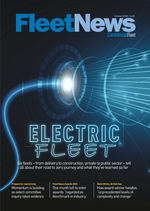 EV launches on the horizon

But the company urges caution, with volatile price movements expected over the next few weeks.

Used car values for both petrol and diesel stayed strong in August, but electric vehicles (EVs) and some hybrids continue to struggle, says CAP HPI.

More than 1,200 car derivatives are currently identified as Alternative Fuel Vehicles (AFVs) and are eligible for tax breaks, according to Cap HPI.