Road pricing – the devil is in the politics 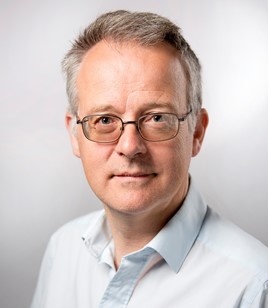 Meanwhile, the Transport Committee of the House of Commons has launched an inquiry into zero carbon vehicles and road pricing.

We have been here before. In 2007 some of my colleagues were working on a study for the Department for Transport (DfT) into the public acceptability of road pricing when an email went round the university urging people to sign an e-petition urging the Prime Minister to “scrap the planned vehicle tracking and road pricing policy”.

It went on to attract 1.8 million signatures, prompting Blair to abandon the plans.

I interviewed Peter Roberts, the man who started that petition, for Roads, Runways and Resistance: From the Newbury Bypass to Extinction Rebellion*.

The book tells the inside story of the most controversial transport issues in Britain since the late 1980s, the ones which provoked widespread protest, through interviews with ministers, civil servants, advisers and protest leaders.

It outlines how, in 2000, a small group of farmers and hauliers closed down the UK economy faster than Covid-19 in protest at rising fuel taxes.

The Government made small concessions at the time, but the enduring legacy of those protests is illustrated in the fuel tax graph below; fuel tax has fallen by more than a third since then.

Those stories, and that graph, illustrate the biggest problem with plans for road pricing today. Over the next few years, decarbonisation is the main challenge for the transport sector.

The sixth carbon budget now before Parliament would require the whole sector to cut its emissions by 70% by the mid-2030s. There are only two ways to do that: take petrol and diesel vehicles off the road and/or reduce the distances they drive.

Fuel tax rises would be the most effective way to create a ‘push factor’, and yet, governments continue to cut them, with hardly a murmur of opposition.

Road pricing could create a push factor if it increases the cost of driving conventional vehicles. It would make driving more expensive on congested roads, but if it replaces fuel taxes, it could make it cheaper to drive on uncongested roads, which have more capacity. That would increase carbon emissions.

It all depends on how the prices are set. Would politicians really use this as a way of making motoring more expensive? If not, then road pricing might make sense after the fleet has electrified, but not before, as I have written in my evidence to the Transport Committee.

In the meantime, governments should reverse those fuel tax cuts aim to accelerate the shift away from petrol and diesel.

*Roads Runways and Resistance: From the Newbury Bypass to Extinction Rebellion is published by Pluto Press.

Read how fleets are divided about replacing fuel duty and VED with road pricing.

Three in five people say they support charging motorists a fee to drive around towns and cities. One in four are strongly supportive, Ipsos Mori poll suggests.