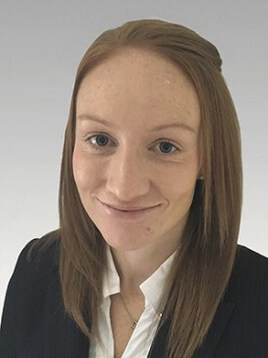 The RAC has called on the Government to consider reinstating hard shoulders on motorways.

A recent RAC poll found six in 10 drivers think that all-lane-running smart motorway schemes should be scrapped entirely, and the hard shoulder should be reinstated, whist retaining the technology that manages traffic flows and detects breakdowns.

It is not disputed that the technology deployed on smart motorways has reduced the risk of an accident between two moving vehicles, because it allows speed limits to be varied and traffic flows managed by the series of cameras covering the smart motorway network.

However, where hard shoulders have been removed, recent evidence suggests that the risk of a major accident involving a moving and stationary vehicle has increased, with stationary vehicles often stranded in a live line with the occupants of the vehicle akin to 'sitting ducks', hoping that vehicles approaching from behind will spot the hazard that their vehicle is posing and take evasive action in time, before the lane can be closed and traffic diverted to other live lanes.

In response to a number of tragic accidents and concerns raised by coroners, the Government requested an 'Evidence Stocktake' last year which recommended an 18-point action plan which included many features to enhance safety measures, such as reducing the distance between refuge points from 1.6 miles to 1 mile and the introduction of radar systems to detect broken down vehicles.

These recommendations appear to support the consensus amongst most drivers that more can be done to protect the safety of road users on smart motorways.

In addition to the recent actions of the RAC, the campaign group Smart Motorways Kill (SMK) suggested earlier this year that they would be seeking judicial review of the decision to implement smart motorways.

If such a review is sought, pending the outcome, the consequences could have a significant impact as reinstating hard shoulders would amount to 204 miles, or as Grant Shapps referenced, the land acquisition required would be the equivalent of 700 Wembley Stadiums.

Shapps has also previously commented that smart motorways are too expensive to scrap with the Government favouring taking steps to increase safety measures rather than reverting to the traditional hard shoulder.

Highways England have previously announced their intention to add a further 300 miles of smart motorway by 2025.

Based on the statistics, whilst this could lead to a lower incident rate overall, as traffic flow is more appropriately managed, the risk of a serious incident with a stationary vehicle is increased, with the risk of serious injury or unfortunately the risk of fatality, to the occupants.

There has been mounting pressure on insurers for many years to lower motor insurance premiums and the potential increase in the cost of claims from such accidents on smart motorways is unfortunately likely to ultimately be felt by the consumer as the costs of these claims are passed on by way of increased premiums.

The true cost of smart motorways may still yet to be seen.

The pledge comes as Highways England report claims all lane running smart motorways – which have no hard shoulder – are safer than other major roads.