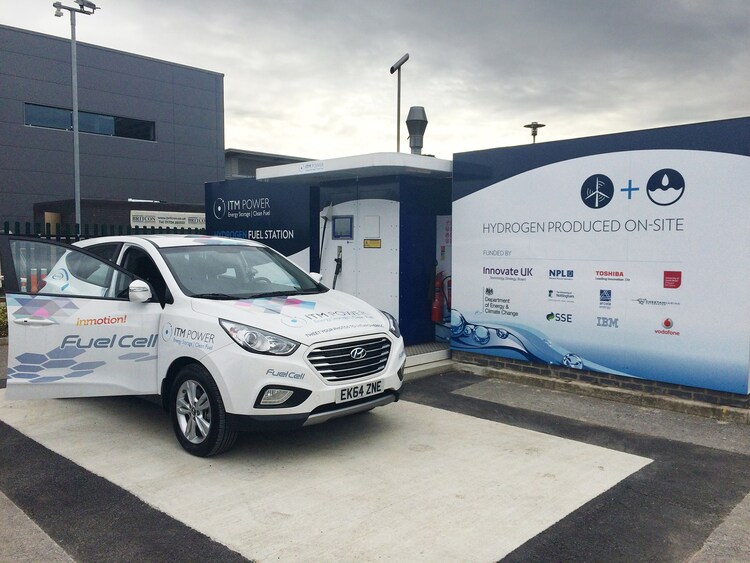 The first hydrogen filling station in the north of England has opened just off the M1 near Sheffield.

Featuring a wind turbine and water supply, the all-new site is completely self-sufficient. No hydrogen deliveries are needed as the filling station uses wind power combined with water to produce hydrogen.

Situated on The Advanced Manufacturing Park just two miles from the M1 between Sheffield, Rotherham, Barnsley and Doncaster, the site consists of a 225kW wind turbine coupled directly to an electrolyser, 220kg of hydrogen storage, a hydrogen dispensing unit and  a 30kW fuel cell which is capable of providing backup power for nearby buildings. The site is open to the public and is capable of producing 80kg of hydrogen a day, enough for 16 fuel cell cars in one 24-hour period.

It joins other high-tech facilities in Hendon, Heathrow and Swindon and is the latest new filling station to be opened as part of the British Government’s £6.6 million hydrogen infrastructure investment strategy, which will also see two new stations in the Greater London area, a new mobile refueling station for the south of England and upgrades to existing stations in Swindon, Wales and London.

Dr Graham Cooley, ITM’s chief executive, said: "We are extremely pleased to be launching the first of the company's hydrogen refuelling stations today, at this very accessible location off the M1 in South Yorkshire, and to provide clean fuel for the fuel cell electric vehicles that are now available from the auto OEMs.”

“Following the strategic forecourt siting agreement last week with Shell, this station will provide important reference for demystifying the ability to utilise renewable energy supply for its efficient conversion to clean fuel for clean transport emissions.”

Tony Whitehorn, Hyundai Motor UK CEO, added: “It is very encouraging indeed that the UK’s hydrogen filling station infrastructure is continually developing. We welcome this ultra-green new site in the north of England, which will serve a very large area and is clearly one of the most advanced sites ever constructed.  Hydrogen-powered cars are the future and Hyundai is the leader in the field. This new self-sufficient filling station is exactly what’s needed.”