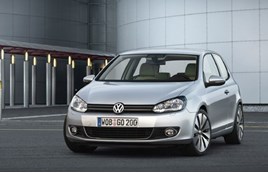 The repair process for vehicles affected by Volkswagen Group's emissions scandal is likely to begin in January, according to chief executive Matthias Müller.

Müller told German newspaper Frankfurter Allgemeine Zeitung that, if the plans the company is submitting to the country's transport authority are accepted, then repairs will begin in January. He expects repairs to be complete by the end of 2016.

The recall relates to a piece of software that allowed the company to cheat in official nitrogen oxide (NOx) emissions tests in the US, affecting 11 million EA 189 diesel engines worldwide, which were also fitted to Audi, Skoda and Seat vehicles.

Müller also told the newspaper, if the changes were accepted, the company would then order parts - suggesting that the changes may not all be achievable with a software update.

This backs up a statement he made to 20,000 German Volkswagen employees yesterday, stating: "In many instances a software update will be sufficient. Some vehicles, however, will also require hardware modifications. We will keep our customers constantly informed about the measures and arrange workshop appointments."

Müller also responded to claims that Volkswagen Group was slow to issue information to customers, staff, and the media.  He added:  "Believe me – like you, I am impatient. But in this situation, where we are dealing with four brands and many model variants, care is even more important than speed."