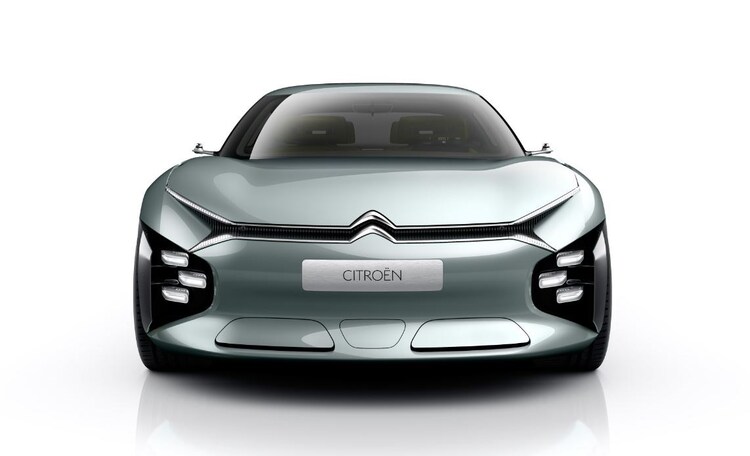 Citroen has revealed images of its newest concept, the Cxperience, a large family hatch which uses a hybrid petrol-electric drivetrain. The concept will be officially revealed at the Paris Motor Show next month.

It hints at what a future C5 replacement may look like, but more importantly suggests that Citroen is not restricting its future luxury products to the DS brand.

The powertrain is capable of developing 300bhp, it utilises an electric motor and petrol engine which feed power through an eight-speed automatic gearbox to the rear wheels.

Plug-in technology and a floor mounted battery means a zero-emissions range of 38 miles is achievable, enough for a moderate commute - plus charging can take as little as 2.5 hours.

Citroen has expressed a new take on its signature layered headlamps that are featured on recent models such as the C4 Picasso and C4 Cactus.

Aerodynamics were key to the Cxperience’s sleek lines, the smooth front end incorporates active air intakes while the rear takes cues from the C6 saloon with a concave rear window.

LED directional headlights complete the front end styling and, at the back, laser fibre optics are used to create a 3D effect for the tail lights.

Another characteristic styling feature contributing to the unique personality of the car are the rear-hinged autoclave doors rising to the top of the roof and opening to a 90-degree perpendicular angle (in line with the wheels), making it easy to get in an out of.

As part of the development, Citroen incorporated its new Advanced Comfort programme into the design, placing emphasis on brightness, space, ergonomics and connectivity.

The result is a spacious cabin with a full length glass sunroof, the seats are body-hugging and made from memory foam and the suspension incorporates a hydraulic cushion to filter out the bumps and dips in the road.

A 19-inch rectangular touch screen is the key focus of the dashboard and is used to operate on-board functions such as air conditioning, driving aids, navigation and media sources.

A smartphone and mobile tablet can also be used to activate a range of controls including starting the car and sharing media files with other passengers.

Rear vision is taken care of by two side cameras which take the place of conventional door mirrors. There is also a front and rear camera which offers the driver a complete 360-degree view of their surroundings, plus the integrated dash cam that was first seen on the new C3.