Was this article useful?
6 people found this useful
9 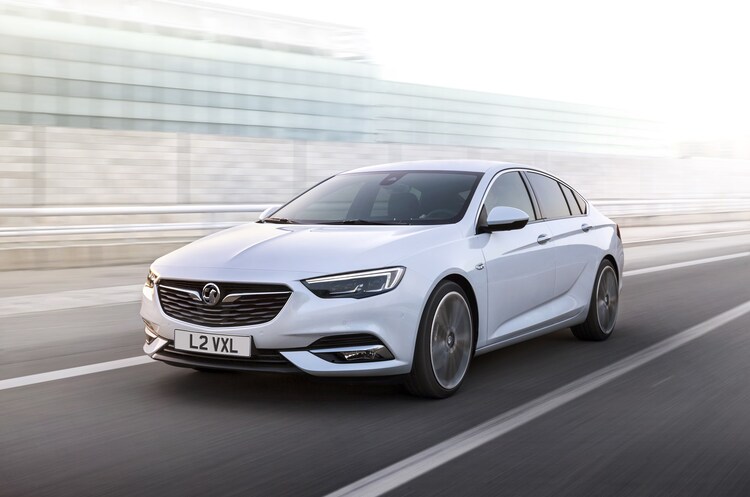 Vauxhall has revealed its all-new Insignia, known as the Insignia Grand Sport, ahead of its official launch in March 2017.

The car is new from the ground up, incorporating a completely new architecture which promises more interior space, better road stance and class-leading aerodynamics.

Weight has been cut by 175kg over the outgoing model, which should pay dividend when it comes to CO2 emissions and mpg.

“Vauxhall is raising its game even further with the launch of the new Insignia Grand Sport,” said Rory Harvey, Vauxhall’s chairman and managing director. “It has all of the virtues of its successful smaller brother the Astra, and takes those to a higher level. The Insignia Grand Sport will set new standards for design, efficiency, technology and connectivity when it debuts next year at the Geneva Motor Show.”

Driving dynamics have been key on the agenda for Vauxhall and the Insignia Grand Sport will feature an adaptive flexride chassis with Standard, Sport or Tour modes, adjusting the dampers, steering, throttle response and shift points.

High mileage drivers will be pleased to hear the new model features seats certified by “Aktion Gesunder Rücken” (Campaign for Healthy Backs). The premium ergonomic seats in the new Insignia are said to offer a unique combination of side bolster settings, massage, memory and ventilation functions.

A new concierge service will be launched together with the Insignia Grand Sport, enabling its occupants to ask OnStar advisors to select a hotel and proceed to room reservation. Furthermore, up to seven devices can be connected to the Wi-Fi Hotspot.

The official launch of the car will be in March at the Geneva motor show, but we will bring you more details as soon as they are available.