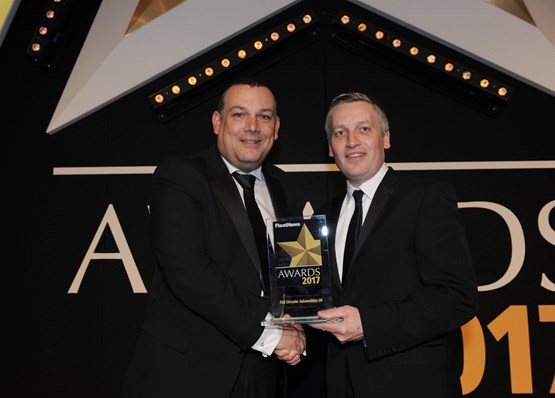 The FCA Group has scooped the title of Most Improved Fleet Manufacturer at this year’s Fleet News Awards after changes to its product line-up and fleet team.

Driven by an ambition to strengthen its fleet offering, FCA Group overhauled the structure of its UK fleet team. A number of key appointments created expert teams focussed on specific areas, including a revised corporate and contract hire team. It has more than doubled in size and now incorporates commercial vehicles and has appointed a dedicated total cost of ownership (TCO) specialist.

There was also an expansion of the dedicated fleet and contract hire team at FCA Financial Services, where a greater focus on fleet has led to improved fleet and financing arrangements.

In addition to the significant changes within its fleet team, the manufacturer’s desire to strengthen its fleet offering has also been reflected in its product line-up.

Business-focussed editions of the Alfa Romeo Giulia and Fiat Tipo, Technica and Elite respectively, have been available from launch. The models were developed in close partnership with leasing companies and residual value experts, who were given early sight of them on a special visit to the group’s design centre.

The changes have combined to contribute to a 53% increase in overall fleet sales and helped FCA Financial Services climb seven places to 24th in the FN50.

Fiat Chrysler is much more engaged with fleets, leasing companies and pricing guides and restructuring its business and making a number of key appointments. It has also launched fleet-specific models and taken numerous actions to reduce costs for fleets, particularly on SMR.