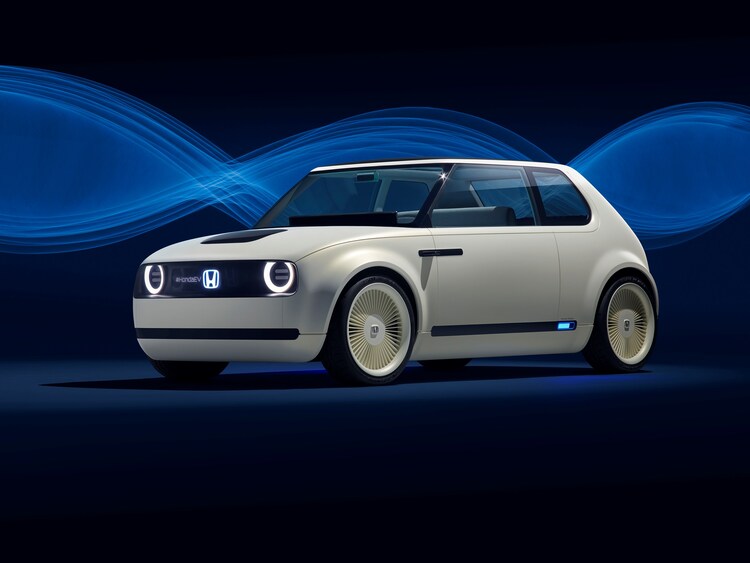 Honda has confirmed at the 2018 Geneva Motor Show that a production version of its Urban EV Concept will be available to order in early 2019.

Philip Ross, senior vice president of Honda Motor Europe, said: “A production version of this highly acclaimed concept will be introduced to Europe during late 2019, and in response to the positive feedback to this model, we expect to open order banks for the Urban EV during early 2019.”

It is built on a completely new platform, and sets the direction for the technology and design that will appear on a future battery electric Honda production models.

Honda’s Urban EV Concept showcases advanced technology within a simple and sophisticated design. Its low and wide proportions give the car a planted, muscular stance that hint at sporty driving performance. Its compact proportions mean it has a total vehicle length 100mm shorter than the Jazz supermini.

The Honda emblem on the concept is backlit in blue, which previews a new styling feature for the company‘s future EVs.

It can accommodate four occupants, across two bench seats finished in different materials. A wood finish wraps around a large ‘floating’ dashboard console. This houses the steering wheel column, a set of simple control buttons, and a panoramic display screen.

The dashboard itself is completed by a wrap-around screen that runs behind the console and extends into the doors. The main dashboard screen presents a range of vehicle information including remaining battery level. Whilst the extended door screens function as the car’s wing mirrors through digital camera displays.