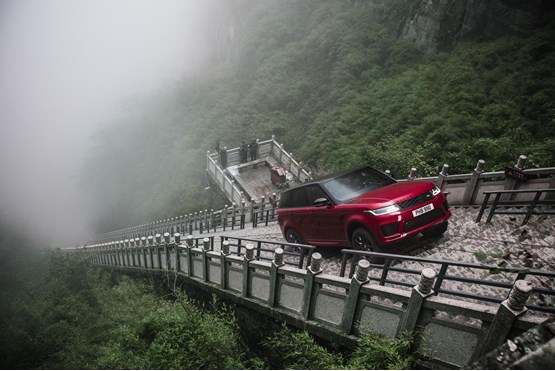 Land Rover has proven the off-road credentials of its new Range Rover Sport plug-in hybrid by driving it up the 999 steps leading to Heaven’s Gate, in China.

First it tackled 99 turns on the mountain road leading to the famous landmark, before ascending 999 steps to the peak.

The petrol-electric performance SUV has become the first vehicle to climb the 45-degree staircase to the natural rock arch of Heaven’s Gate.

A showroom standard Range Rover Sport P400e took on the demanding course, with Panasonic Jaguar Racing’s Ho-Pin Tung behind the wheel and the Terrain Response 2 system in Dynamic mode.

The new PHEV offers CO2 emissions of 64g/km. It is priced from £70,800 and combines a 300PS 2.0-litre turbocharged petrol engine with an 85kW electric motor.

Total power output is 404PS and the car has an all-electric range of 31 miles and official combined fuel economy of 101mpg. 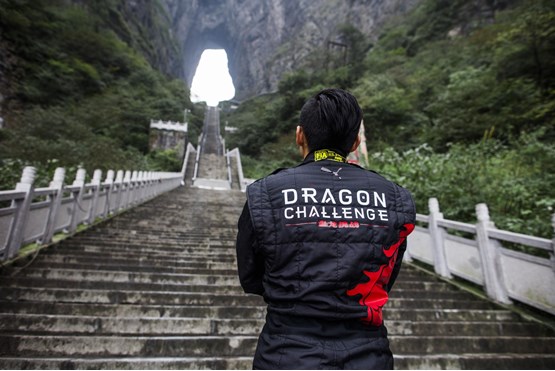 Phil Jones, Land Rover Experience expert, said: "This was the hardest Range Rover Sport challenge I’ve ever been involved with because, until we reached the top, we couldn’t categorically say we would succeed. By making it to the summit, we’ve proven the phenomenal capability of the Range Rover Sport plug-in hybrid like never before – with a genuine world first.”

The Dragon Challenge is the latest in a series of adventures completed by the Range Rover Sport after the PHEV model made its debut in a race against two-time open-water swimming world champion Keri-anne Payne and endurance athlete Ross Edgley in Devon, UK.