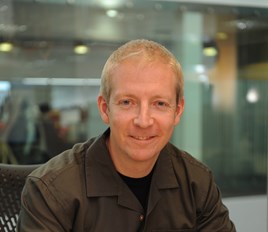 Mitsubishi Motors in the UK has appointed Rob Lindley as its new managing director.

Lindley will begin his new role on April 16 and succeeds Lance Bradley who is standing down after nine years in the role and 18 years in the company. Bradley moves into the role of vice-chairman.

Lindley said: “I am delighted to be joining Mitsubishi Motors in the UK at such an exciting time, both in terms of important new model launches and as the business merges into, and benefits from, the Renault-Nissan-Mitsubishi Alliance.

"Since importing its first vehicles in 1974, Mitsubishi Motors has grown to be a highly respected brand in the UK and there is tremendous potential to take it to even greater heights.

"I am very much looking forward to working to further develop the company and joining its established and very passionate team.”

Lindley began his automotive career with Ford Motor Company in 1989, progressing to managing director of both Mazda Motors in the UK and sales and marketing director (Global) for McLaren Automotive.

Most recently, he was the vice president and managing director of Harley-Davidson EMEA (Europe, Middle East and Africa).