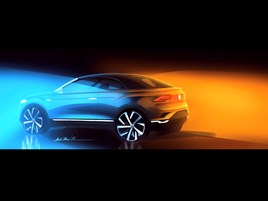 Volkswagen is to produce a cabriolet version of its T-Roc from 2020 as the manufacturer continues its evolution into an SUV brand.

SUVs are making a key contribution to the growth of the Volkswagen Group's core brand: it has so far delivered 720,000 Tiguans, making it one of the 10 best-selling models in the world and in the top three SUVs.

By 2020, the brand intends to expand its SUV range throughout the world to 20 models and expects about 40% of the vehicles it sells to be SUVs.

Dr Herbert Diess, CEO of the Volkswagen brand, says: "Volkswagen is evolving into an SUV brand.

"The T-Roc is already setting new standards in the compact SUV segment.

"With the cabriolet based on the T-Roc, we will be adding a highly emotional model to the range."

The original version of the T-Roc was successfully launched in European markets at the end of 2017. To date, more than 40,000 orders have been taken for the model.