British car manufacturing down by a fifth in November 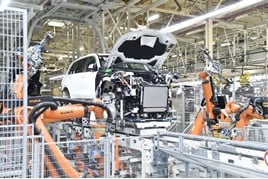 British car production fell by a substantial 19.6% in November, with 129,030 units manufactured, according to figures released today by the Society of Motor Manufacturers and Traders (SMMT).

In a continuation of recent trends, weaker demand in the UK and in key European and Asian export markets was exacerbated by the ongoing impact of new regulation alongside planned model and technology changes.

While home production fell by 1.9% in the month, exports experienced a steeper 22.8% drop – falling for the fifth month in a row.

Just over 105,000 cars were exported to global markets in November, still representing some eight in every 10 cars leaving British factories.

In the year to date, more than 1.4 million cars have been built in the UK overall, an 8.2% year on year decline, with export volumes down 75,085 units and output for the domestic market down 54,143.

“With fewer than 100 days until the UK leaves the European Union, the automotive industry needs certainty and a ‘no-deal’ Brexit must be ruled out.

“Thousands of jobs in British car factories and supply chains depend on free and frictionless trade with the EU – if the country falls off a cliff-edge next March the consequences would be devastating.” 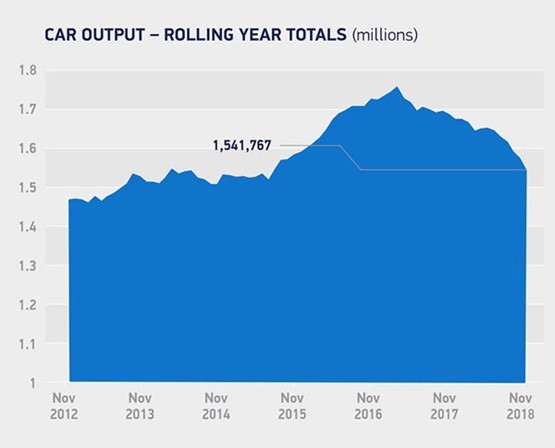 The growth for petrol and alternative fuel vehicles failed to offset a further fall in diesel demand in November, according to the SMMT.