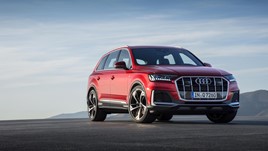 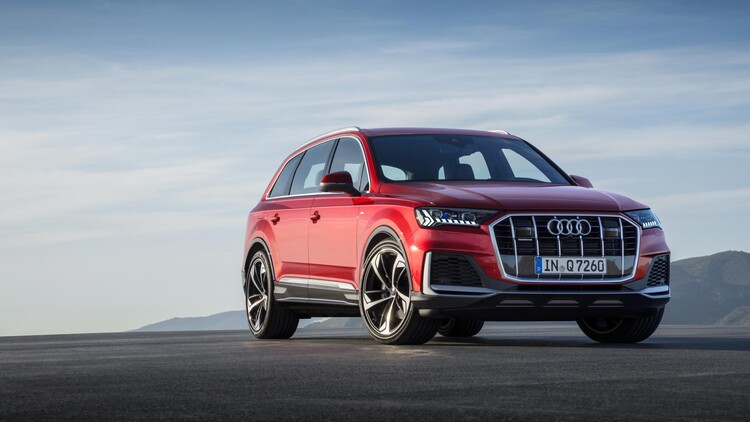 Audi has revealed the new Q7, which has undergone a fairly substantial facelift.

Its refreshed exterior houses an all new cockpit, featuring the twin screen infotainment setup that debuted in the A8 and is now used in a variety of Audi models.

Mild hybrid technology is fitted as standard across the engine line-up. Using a 48-volt electrical system, the car is able to coast with the engine off for up to 40 seconds and receives assistance from a small electric motor during acceleration.

All the engines will feature Quattro all-wheel-drive and an eight-speed automatic transmission.

Following the car’s launch, a petrol plug-in hybrid versions will be added to the range.

There are no CO2 emission or fuel consumption figures available yet.

All Q7s will come with seven seats as standard, as well as air suspension and Matrix LED headlamps.

Depending on the position of the rear seats the luggage compartment offers between 865 and 2,050 litres of capacity.

The car will be offered in four trim levels: Sport, S Line, Black Edition and Vorsprung.

Available equipment will include soft-close doors, massage function for the front seats, a 3D Bose sound system and a suite of driver assistance systems.

Prices and specifications will be released in due course. The new Q7 will be available to order in September.

Audi has confirmed the A6 Allroad will go on sale in August, with prices expected to start at around £55,000.