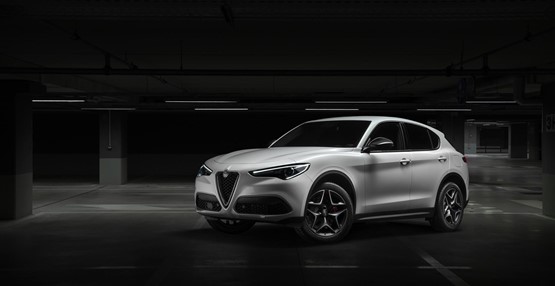 Alfa Romeo has added a new range-topping Ti version to the Stelvio line-up, priced from £47,345 on-the-road.

It is available with a 210PS diesel engine and a 280PS petrol engine.

Pricing and company car tax is largely aligned with the Audi Q3 Quattro 40 TDI Black Edition and the BMW X3 20d M Sport, although the latter has lower CO2 emissions dropping it into a more attractive BIK band.

The Stevlio Ti diesel emits 147g/km, while the petrol emits 175g/km. Due to the 4% diesel supplement – as it isn’t RDE2 compliant – company car tax is roughly the same for either powertrain.

Drivers can expect tax bills of almost £600 per month, if they are in the 40% bracket.

Petrol models are the fastest, hitting 60mph from rest in less than six seconds, while the diesel is still potent at 6.6 seconds.

Both engines use an eight-speed automatic gearbox and have all-wheel-drive.

The Stelvio Ti features carbon fibre accents, such as the grille surround and door mirror covers.

While active suspension is available as an option, the Stelvio Ti comes complete with Frequency Selective Dampers (FSD) as standard to improve handling while still retaining comfort.  The FSD uses a frequency sensitive valve to hydraulically change the level of damping according to the road inputs. 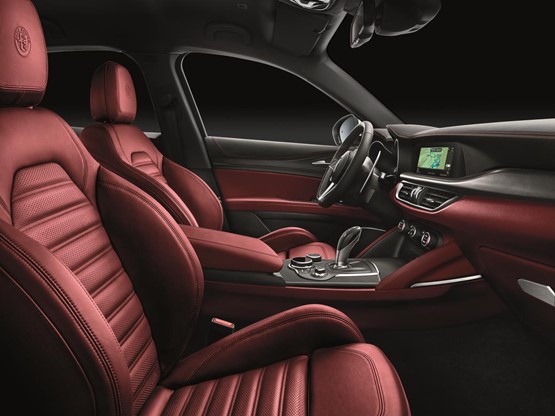 Read our review of the Alfa Romeo Stelvio here.

Euro 6d diesel engines have been added to Alfa Romeo's Giulia and Stelvio ranges as part of a mid-term update programme.

Alfa Romeo will launch a small SUV based on the Tonale Concept showcased at this year’s Geneva Motor Show.