Fleet and business new car registrations declined by 2.6% in the first three quarters of the year, new figures from the Society of Motor Manufacturers and Traders (SMMT) show.

Fleet sales, classed by the SMMT as vehicles registered to a fleet of 25 or more vehicles, have remained relatively static year-on-year, with a 0.1% increase this year compared to last.

Combined, fleet and business registrations were actually up by 2.4% (4,197 units) in the month compared to September 2018.

However, that increase was thanks to an 8.6% rise in fleet registrations – 13,320 units more – while business registrations fell by almost half (44.8%) compared to September 2018.

Last month, 11,232 new cars were registered to those small operators, while in September 2018, business accounted for 20,365 registrations.

Overall, SMMT says that the UK new car market has declined 2.5% year-on-year, while September registrations were up just 1.3% on low volume in 2018.

The UK’s figures are in stark contrast to other major European markets, which this September rallied in double digits.

SMMT says that, while the same regulatory upheaval has been experienced across the EU, the UK the market is being subdued by the added pressure of political and economic uncertainty, with weak confidence stopping consumers from committing to big ticket purchases.

“We expected to see a more significant increase in September, similar to those seen in France, Germany, Italy and Spain, given the negative effect WLTP had on all European markets last year.

“Instead, consumer confidence is being undermined by political and economic uncertainty.

“We need to restore stability to the market which means avoiding a ‘no deal’ Brexit and, moreover, agreeing a future relationship with the EU that avoids tariffs and barriers that could increase prices and reduce buyer choice.”

Diesel registrations fell by 20.3%, as petrols experienced a moderate increase of 4.5%.

There was good news for battery electric cars (BEVs), which saw the biggest percentage growth of all fuel types, up 236.4% (5,414 units) as new models boosted registrations.

Plug-in hybrids (PHEVs) also saw growth for the first time in six months – albeit on the back of a 22.3% decline in the same month last year.

Year-to-date PHEV registrations are now 6.2% below the same period two years ago. By comparison, popular hybrid electric and battery electric cars are up 32.8% and 125.6% on the same period.

“Rather than compare month-on-month or year-on-year, looking at the data in line with the average 48-month vehicle replacement cycle arguably gives us a better indication of the strength of the market.

"While low and zero-emission vehicles are growing in popularity, they still account for a small percentage of the total registrations year to date, which is 11% lower than by this point in 2015.

“This means older, more polluting technology is staying on the roads, offsetting the progress that’s being made with electric vehicles, limiting the potential for fleets to feed the second-hand market with newer, cleaner models, and making the government’s Road to Zero targets more difficult to achieve.

“While the most practical replacement options for high mileage motorway users are still the newest diesel and petrol vehicles, lower-mileage users who operate in and around urban areas should be considering electric now.

“Demand for electric vehicles is growing in line with increased awareness of their whole-life cost benefits, continued improvements to battery life and the ongoing roll-out of charging infrastructure, but long lead times could still be an issue for many.

"Customers and leasing companies must work together to forecast demand ahead of time and communicate with manufacturers, so that more electric vehicles are available, sooner.”

Karen Johnson, head of retail and wholesale at Barclays Corporate Banking, added: “New fuel regulations lowered sales a year ago, and this time around it’s hard to look beyond a lack of consumer confidence due to Brexit uncertainty as the primary reason for the pick up not materialising as hoped.

"We’re also seeing increasing evidence of purchasers who would previously have looked to buy a new vehicle instead switching to the used car market.

"While they can ensure they are as prepared as possible, a disruptive Brexit outcome would make things extremely difficult for dealerships.

"As a consequence, they are scrutinising their cost structures to plan for every possibility. However, it’s not all negative, as there are some good models on the way for 2020, and sellers are already thinking about how best to market them to get the industry back on track.”

“Nevertheless, strong growth in sales of battery electric registrations, up 236.4%, is encouraging for the future state of the market.

"Our latest research found that 78% of consumers believe vehicle emissions are a significant problem and a 62% majority support the move to electric, highlighting the strong potential for AFV growth in the coming months.

“Overcoming Brexit uncertainty and obstacles to the commercial adoption of alternatively-fuelled vehicles will be critical to build and accelerate momentum as we head in to 2020.” 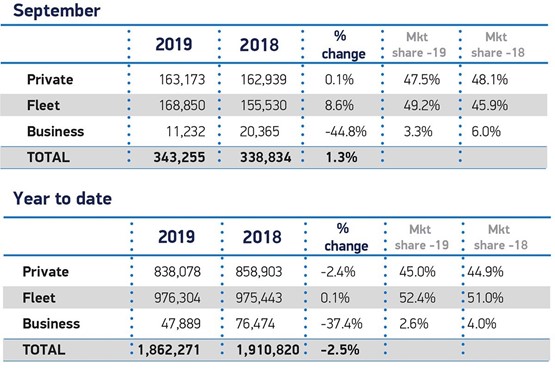 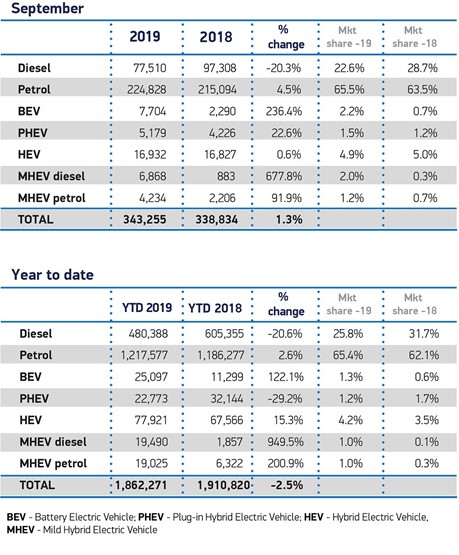 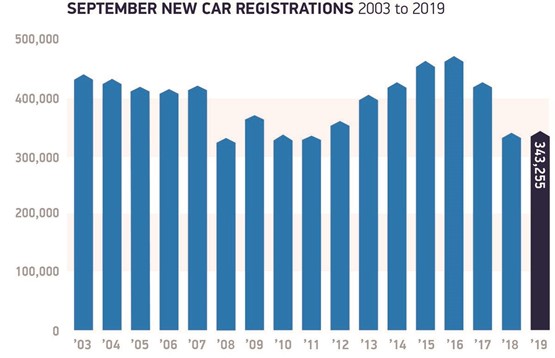 Difficulties faced by manufacturers in the new car market have led to an increase in vehicles being pre-registered, the remarketing industry has been told.

The year-on-year reduction in true fleet registrations has accelerated in the second quarter of 2019 with just a handful of manufacturers enjoying growth, primarily on the back of new product launches