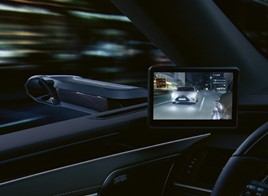 The manufacturer says the system, initially launched in Japan in 2018, provides an enhanced view of the area behind and alongside the vehicle, reducing the driver’s blindspots.

The cameras are housed in casings in the same position as traditional door mirrors, with the images displayed in five-inch screens positioned at the base of the front pillars.

When the driver indicates or selects reverse gear, the monitors automatically present an extended view of the area alongside and behind the car. 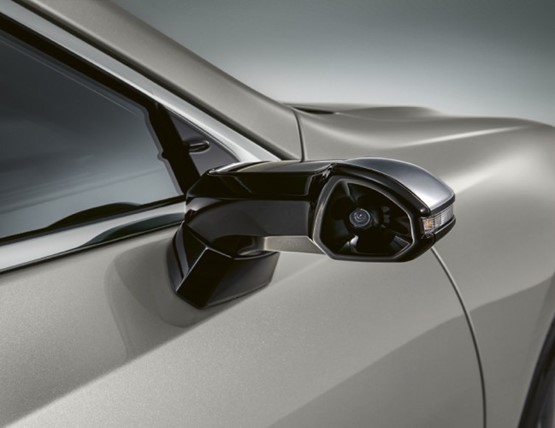 When parking, the lines indicate 20 and 50cm distances from the rear bumper, and 50cm along each side of the car.

These are shown on the live image and also in an icon on the display depicting the car’s position viewed from above.

When highway driving, the driver is helped to judge safe distances from other traffic with reference lines indicating 5m, 10m and 15m on the road ahead when driving at speeds up to 44mph (70km/h). At higher speeds the distances are 5m, 10m, 15m and 30m.

The camera units have built-in heating to avoid freezing or misting, and are retracted when the car is parked.

The digital side-view monitor system is available on the ES 300h Takumi model, priced at £1,600.

Topps Private Hire has taken delivery the first of eight new Lexus ES hybrids to its fleet of prestige vehicles for its premium service.

Updates for Lexus RX and IS revealed

Lexus has announced new grades, equipment features and a special version of the IS F Sport to take its RX luxury SUV and IS executive sport saloon into 2020.