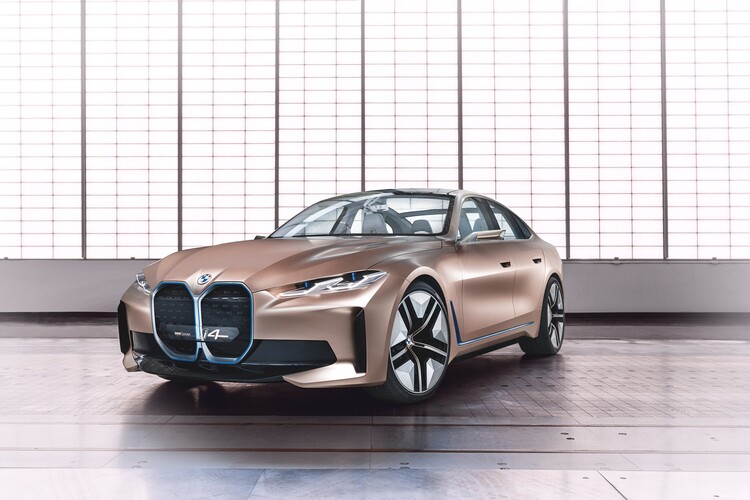 BMW has showcased its latest i4 Concept ahead of the launch of a fully electric production version next year.

Based on the upcoming 4 Series Gran Coupe, the Concept i4 is powered by a 530PS electric motor and provides a range of 373 miles.

Series production of the i4 will begin next year, meaning the new model could arrive in the UK by mid-2021.

The battery has a capacity of 80kWh and weighs 550Kg. It’s likely a cheaper version, with a smaller battery, will also be offered when the car is launched.

Much of the exterior design is influences by aerodynamics, but BMW believes the saloon body style will help the car appeal to its traditional customers.

The most obvious piece of the design is the large kidney grille – a point of contention at the reveal of the last Concept i4.

There are also blue highlights integrated into the design, these are expected to be retained on the production version.

BMW says the Concept i4’s cabin has been designed to focus on the driver. The simplistic layout features a single display that extends across the dashboard and minimal switchgear.

New 1 Series remains a driver's car at heart but offers much more in the way of technology and refinement.