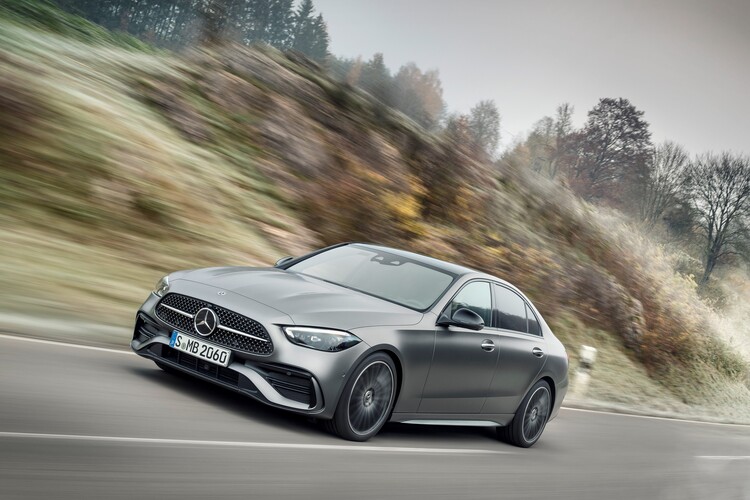 Mercedes has unveiled the new C-Class saloon and estate, which are due to go on sale in March with first deliveries commencing in the summer.

All the powertrains in the new C-Class are electrified, although there is no fully electric variant. Using only four-cylinder petrol and diesel engines, there’s a choice of 48v mild-hybrid and plug-in hybrid technology. Even the range topping AMG model will use a four-cylinder engine, when it arrives later in the year.

To make the plug-in hybrid models as efficient as possible, the battery has been increased to 25.4kWh giving a predicted range of more than 60 miles. Both petrol and diesel variants will be offered. An optional 55kW DC charging system will enable the PHEV battery to recharge in 30 minutes.

Specifications for the plug-in hybrid and AMG models are yet to be released. 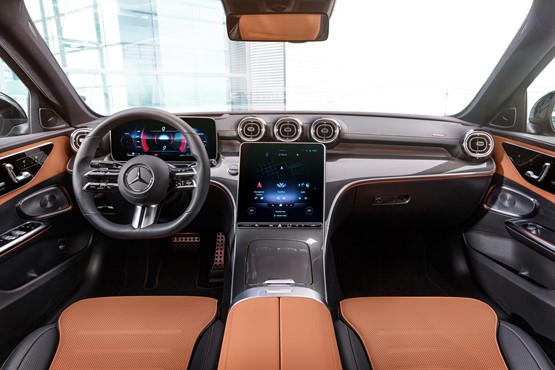 Following the introduction of MBUX – Mercedes’ infotainment system - on the last C-Class, the new model features the brand’s second-generation system. Using large portrait touchscreen in the centre of the dashboard, the new setup combines the majority of vehicle controls.

The standard display size is 9.5 inches, but an 11.9-inch version is also available. There is also a digital instrument cluster. The look of the screens can be individualised with three display styles (Discreet, Sporty, Classic) and three modes (Navigation, Assistance, Service).

Among the technical highlights for the new model is an optional rear-axle steering system that helps to improve both low speed manoeuvring and high speed agility. It is also available with Mercedes’ new Digital Light headlights, which allow the car to project guidelines and warning symbols onto the road at night.

The car has grown in both length and width, benefitting rear-seat passengers with an addition 21mm of legroom plus increased elbow and shoulder room for all occupants. Boot volume remains the same on saloon models, at 455l, but grows to 490l (vs 460l) on the estate.

UK specifications and pricing are expected to be announced in March before sales commence, but the new C-Class is predicted to be priced from £35,000.

Mercedes-Benz will expand its EQ range of electric cars this Spring with the introduction of the EQA compact SUV.