SUVs account for almost half of new car registrations 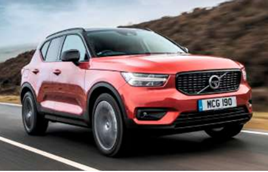 SUVs accounted for 44% of all new cars sold in Europe in January, an all-time record, according to Jato Dynamics.

Felipe Munoz, global analyst at Jato Dynamics, said: “Despite efforts made by governments and OEMs to boost the registration of pure electric cars, it has not been enough to offset the impact of the global pandemic and local lockdowns.”

Car dealerships across the continent also continued to feel the negative effects of the Covid-19 pandemic.

In key markets such as Germany and Spain, volume dropped by 32% and 52% respectively.

Despite the overall negative trend, there were a few exceptions. In Sweden, volume increased by 23% compared to January 2020. This came as a result of changes to Sweden’s bonus-malus taxation policy (introduced on January 1, 2020), which caused an increase in vehicle registrations in December 2019, as customers took advantage of the favourable taxation that would no longer be in place for high-emissions vehicles.

In Norway, registrations increased by 8% as consumers were once again able to visit showrooms, and demand for EVs continued, fuelled by heavy incentives.

SUVs started the year with a success story, accounting for 44% of all new passenger car registrations in January – the highest share ever recorded for SUVs.

Munoz said: “The demand for SUVs shows no signs of stagnation, and Europe is showing similar patterns of growing popularity to those seen in the USA and China.

“Considering their higher prices and emissions levels, the results are particularly noteworthy.”

Small SUVs accounted for 36% of total registrations, with volume falling by 18%. While compact SUVs made up the majority of demand with 177,500 units, also down by 18%.

Volkswagen, Peugeot and BMW were the top-selling SUV brands in January, but Ford, in fourth position took first place for market share growth.

By manufacturer, Volvo gained the largest market share, following increases in the demand for its SUVs and midsize cars.

January also saw notable shifts across the model rankings. The Golf dropped three positions and started the year as the fourth best-selling car, behind the Toyota Yaris, Peugeot 208 and Dacia Sandero.

The Peugeot 2008 topped the SUV rankings, up by a significant 87% in contrast to the 7% and 2% drops seen by its competitors, Volkswagen T-Roc and Renault Captur respectively. 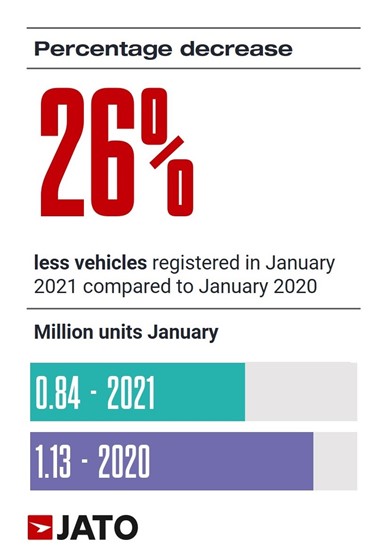 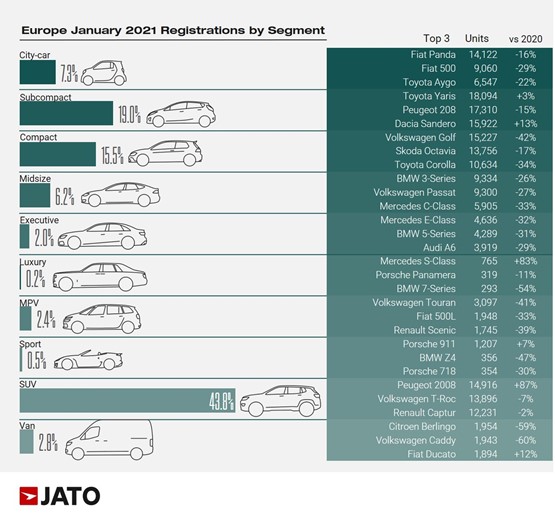 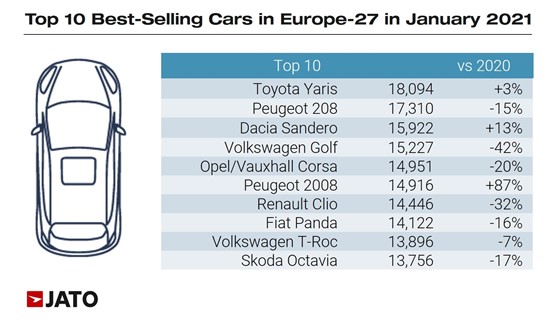 Sales of pure electric and plug-in hybrid cars soared last year, with more than 175,000 vehicles registered representing a growth of 140%.

Grey is top shade for both petrol and diesel cars, while white most in demand for BEVs, and black for PHEVs.