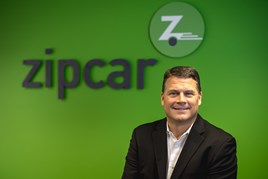 Nicholas Cole has been appointed president, international at Zipcar, with responsibility for driving the company's international expansion in Europe, the Middle East, Africa, Asia and Australia.

Prior to joining Zipcar, Cole spent more than 15 years at Daimler AG, where he held a variety of senior roles across the company, most recently as president and chief executive officer of Daimler’s Car2Go car sharing subsidiary in North America.

Larry De Shon, president, international, Avis Budget Group, said: “We recognise the significant contributions Massimo has made to Zipcar during his tenure, most notably launching the business in Paris, Madrid and Istanbul over the last year.

“We welcome Nicholas to the business where he will be responsible for increasing Zipcar’s international footprint, bringing the economic and environmental benefits of car sharing to new members, and building upon Zipcar’s success in existing international markets, which include the United Kingdom, France, Spain, Austria and Turkey.”

Cole added: “Zipcar is gaining momentum on an international scale and is well-positioned to build on this success by offering cities, individuals and businesses smart alternative ways to think about mobility.”