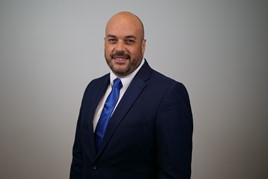 Ford has announced the appointment of Neil Wilson as director, Ford Fleet, for Britain and Ireland. He replaces Owen Gregory, who has moved to the post of director, Commercial Vehicles, FCSD, Ford of Europe.

Commenting on his appointment, he said: “I look forward to the new challenges of the fleet director role and introducing strong new products such as Puma and Kuga PHEV to our fleet. I am confident that our diverse range of CVs will continue to keep the businesses of Britain moving as we progress towards electrification and demonstrate our commitment to the future of mobility.”

Andy Barratt, managing director, Ford of Britain said: “Neil brings a wealth of experience to this role, as well as a fresh new perspective thanks to his in-depth knowledge of the Ford dealer network. As the industry faces new challenges and Ford moves in to the rapidly developing world of EVs, Neil’s strategic expertise will be an invaluable asset as he builds on the solid foundations provided by Owen.”

Wilson joined Ford in 1999, working in manufacturing, planning and logistics at Dagenham before moving to sales and marketing in 2002. His career at Ford has included dealer zone and district management, fleet marketing, consumer marketing and sales planning across both Ford of Britain and Ford of Europe.

His predecessor, Owen Gregrory, was appointed as director of fleet operations at Ford of Britain in July 2016, replacing Nick Themistocleous who has took early retirement.

Owen Gregory has been confirmed as the new director of fleet operations at Ford of Britain, replacing Nick Themistocleous who has taken early retirement.

Study shows how connected vehicles and advanced analytics can make travelling in cities safer by making relatively simple improvements to roads and junctions.