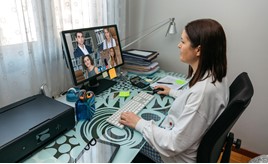 Women employed in automotive seek more promotion opportunities and greater representation at a senior level, according to Deloitte’s Women in Automotive Industry report.

The survey found that more than two-thirds (68%) of women have seen a positive change in the automotive industry’s attitude towards women employees in the last five years.

However, it suggested that half of women feel unprepared to navigate the future of the industry, and this is particularly prevalent in traditional back office functions.

Two in five (40%) also said they would choose a different industry if they could go back and 50% of women would leave the automotive industry altogether due to lack of promotion opportunities, organisational cultural norms, poor work-life balance and an uncertain industry future.

Furthermore, the Deloitte study found that 90% of women feel they are under-represented in leadership positions, with 42% believing an industry bias towards men still exists for leadership positions, driven by organisational cultural norms. More than half (57%) of women also said they do not see a career path to get to the level they want in the auto industry. 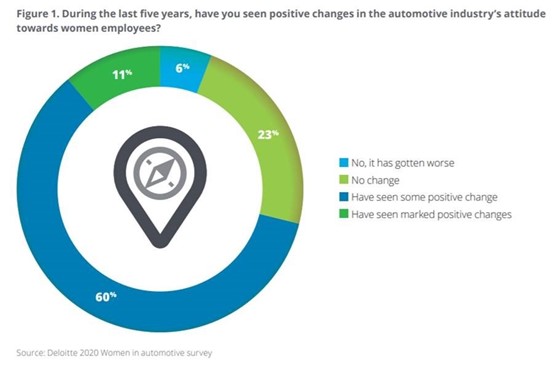 Sarah Noble, Deloitte automotive director and founder of Women at the Wheel UK, said: “The long-term success of any company requires a strong focus on people, yet the automotive industry remains behind many other industries when it comes to gender diversity.

“Women currently only represent 20% of the automotive workforce, dropping below 10% at executive level.

“Our research found that the majority of women have seen positive changes in attitudes towards female employees over the last five years. However, under-representation at a leadership level is still strongly felt.

“In a predominantly male industry with few female role models at the top, male allies remain critical to the success of gender diversity initiatives.”

Likewise, Noble says that a lack of promotional opportunities, poor work-life balance and organisational cultural norms are the top factors that would cause a female employee to leave the automotive industry. “The Covid-19 pandemic has accelerated trends that were already emerging: normalising flexible working and bringing greater awareness around caring responsibilities,” continued Noble.

“As automotive companies embrace these changes on a more permanent basis, it is also clear that gender diversity can also help gain competitive advantage. Focussing on recruitment, retention and opportunity will be key to making long-term change possible.” 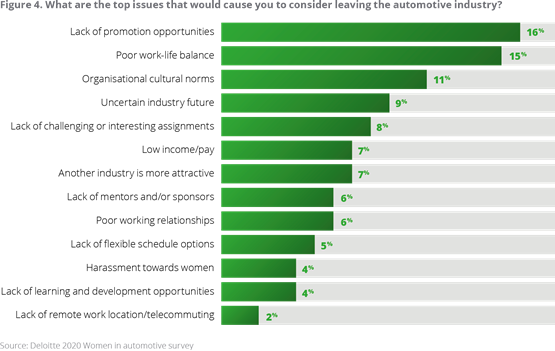 Deloitte’s Women in Automotive Industry research was conducted between June and September 2020 and is based on the responses of 110 women working in the automotive industry.

Respondents came from organisations across the value chain in the UK, including original equipment manufacturers (OEMs), suppliers, dealers, and finance companies, and their roles ranged from apprentices through to senior leaders.

To learn more about Women at the Wheel UK, click here.

The Deloitte report comes as Cox Automotive is seeking nominations for the Barbara Cox Woman of the Year Award, which will honour an inspirational woman within the automotive industry.

Now in its third year, the award is being launched in association with AM and Fleet News to recognise a woman that demonstrates a commitment to innovation, leadership or community.

The award is named after Barbara Cox, who served as Director of Cox Enterprises, Cox Automotive’s parent company in the USA, and recognises an inspirational female leader and role model in the automotive industry. The winner of the award will receive £5,000 to spend on her own personal development.

Tricia Hayes from the Department for Transport (DfT) will be among the speakers at Deloitte’s Women at the Wheel event on Thursday (March 7).

Female fleet professionals are being encouraged to have their say on issues such as the Government’s approach to road safety by giving evidence to parliamentary inquiries.

Time to vote for Barbara Cox Woman of the Year award 2020.