Caroline Burnell, head of marketing & communications at eStar Truck & Van, has been crowned the Barbara Cox Woman of the Year. Burnell received the prestigious award at a special ‘Women with Drive’ event organised by Cox Automotive Europe to celebrate International Women’s Day. 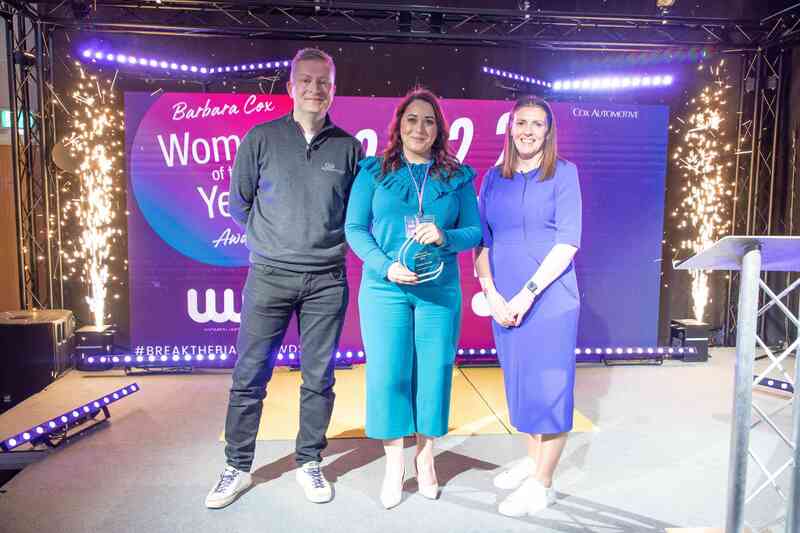 Now in its fourth year, the award, run in partnership with AM, Fleet News and Smart Transport, is named after Barbara Cox, the business pioneer who served as director of Cox Enterprises, Cox Automotive’s parent company in the USA. It recognises a woman that demonstrates a commitment to innovation, leadership or community, and awards £5,000 for the winner to spend on her own personal development.

The six finalists along with guests were invited to attend this year’s award ceremony held at Cox Automotive’s Bruntingthorpe site which was streamed live to more than 400 people online from across the automotive industry.

Liam Quegan, Board Sponsor for ‘Women with Drive’ for Cox Automotive Europe, presented the Barbara Cox Woman of the Year Award to Burnell describing her as a lady who demonstrated real passion and leadership in her field.

Quegan said: “Caroline was a very impressive nominee, and the judging panel was unanimous in its decision. It is evident that Caroline hasn’t been afraid to challenge the status quo whilst working in the automotive industry. She conveys real passion and shows leadership that is ‘breaking the mould’. She has also launched some excellent, and innovative, communications to showcase that the company cares, and truly listens. At each stage of her career, she has left a clear legacy behind, showing that her work is highly regarded. She is indeed a very worthy winner of this year’s Barbara Cox Women of the Year Award.”

After leaving college, Burnell spent nearly six years at a PR agency looking after Auto Trader and launching FordOnline.co.uk. She then moved to Mercedes-Benz in the busy press offices for commercial vehicles and cars, before heading up the press office for Mercedes-Benz Vans UK.

She has been in her current role as Head of Marketing & Communications at eStar Truck & Van, the newest Mercedes-Benz commercial vehicle franchise in the NorthWest, for over a year.