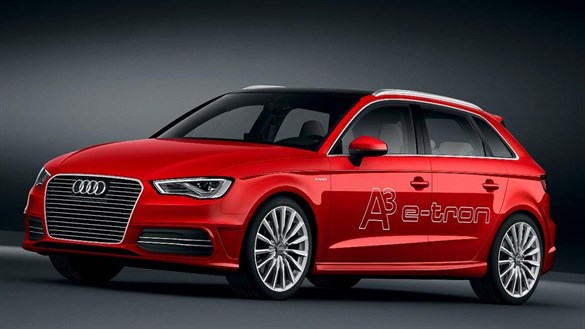 A new race-bred Audi could be in short supply months before it reaches British showrooms.

Strong advance interest in the A3 Sportback fitted with Le Mans-winning hybrid technology has prompted Audi UK to secure a bigger allocation before the car arrives in January.

Fleet sales director James Douglas is convinced the extra numbers will still fall short of corporate demand for the E-tron, the ultimate version of the premium brand’s top-selling model.

“I don’t want to discuss numbers, but even though our current total is considerably higher than our original allocation, we’re concerned that we will not have enough cars – I certainly don’t have any concerns about the volume we’re anticipating,” he told Fleet News.

“The E-tron is an A3-plus model because it has higher specification and a TDI would be a similar price if it was equipped to this level,” said Douglas.

“When you add superior wholelife costs and reduced benefit-in-kind to greater power and a more enjoyable driving experience, the E-tron is commercially interesting.

“I think this is a really strong proposition – if we could get more units from the factory, we would take them.”

In zero emission mode, the E-tron provides up to 31 miles of zestful driving with ample urge for overtaking and relaxed cruising in near silence.

A single dashboard button controls four driving modes but both power sources are combined in auto, which maximises efficiency on longer trips by constantly switching between petrol and electric propulsion and gaining bonus miles from energy fed back into the system during braking and overrun.

The power sharing can be tracked on a large central display, but symbols on instrument dials ahead of the driver make it easy to monitor what’s happening under the bonnet.

Both motors can be used simultaneously, and this car shows full sporting prowess when kickdown produces instant response and acceleration verging on the spectacular.

Hybrid running gear incurs a weight penalty, but that’s swept aside by the power, which comes with balanced and precise handling.

Badging aside, there’s little to distinguish the E-tron from the regular Sport on which it is based, although it does have full LED lighting, revised bumpers and grille and unique 17-inch alloy wheels.