"There has been no revolution with the new 5 Series, but perhaps that’s a good thing " 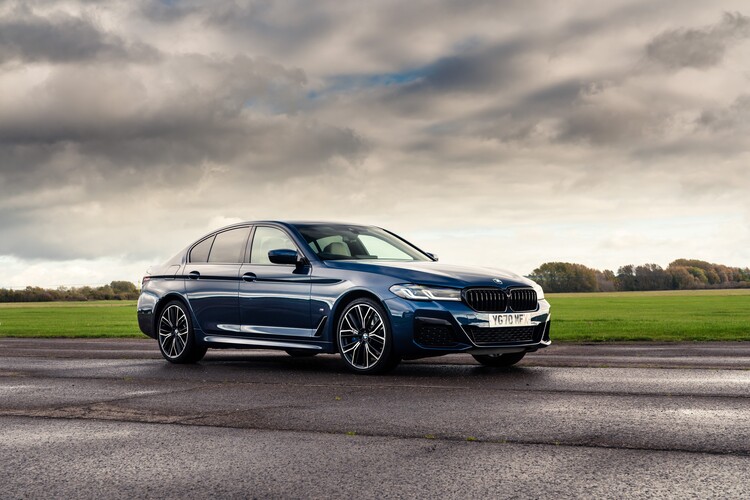 With four Fleet News Awards to its name, the seventh-generation BMW 5 Series could easily be identified as the best in the business. It provides an unrivalled combination of efficiency, performance and desirability in a highly competitive sector.

Following the introduction of a string of new mild-hybrid engines at the beginning of the year, BMW has now launched a facelifted version of the car – bringing an updated look, more technology and greater choice for fleet customers.

In recent times the announcement of a new BMW has, arguably, been met with some trepidation by long-time fans of the brand. Recent additions to the range have kidney grilles that appear to be growing ever larger, suspension unnecessarily stiffer and driver engagement more diluted.

After spending a day sampling the various new models in the 5 Series line-up, we’re pleased to report that whatever has been influencing some of the recent decisions in Munich has not impacted on the brilliance of the 5 Series.

First up, the 520d. Perhaps one of the most ubiquitous boot badges in the fleet industry, the four-cylinder diesel is now boosted by a 48v mild-hybrid system that adds 11PS and achieves RDE2 compliance.

Benefit-in-kind (BIK) rates from 28% mean the oil-burner is not excessively punitive for drivers, while its combined fuel consumption of 55mpg makes it a front-runner in frugality.

Even more impressive is the 530d xDrive. Using the same mild-hybrid technology it manages CO2 emissions from just 144g/km, with BIK rates from 31%.

The six-cylinder packs a smooth and mighty punch, effortlessly picking up the 5 Series and depositing it wherever the driver requires. There’s a small fuel consumption penalty to pay, but 50mpg should be achievable.

Petrol-power comes in two forms, the entry-level 520i and the range-topping M550i. Neither has particular fleet appeal when compared with the next option… 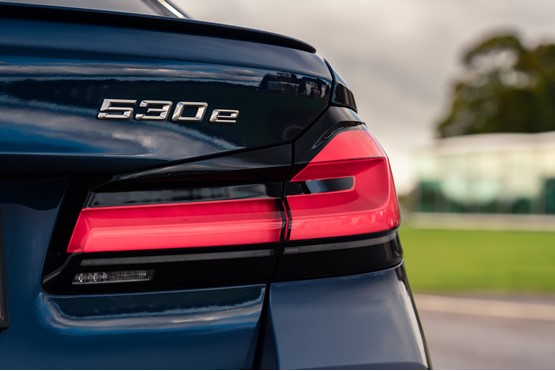 It’s the 530e, of course. BMW’s plug-in hybrid model has similar power to the 530d but attracts half the monthly BIK bills of a 520d, which, combined with attractive lease rates, is why we chose it as our Fleet Pick.

Priced between the two, from £48,000, in the current climate this is absolutely the right model for company car drivers to consider.

As part of the car’s facelift, the 530e can be specified with xDrive all-wheel drive and in an estate body for the first time.

Next year, a more powerful 545e with the six-cylinder powertrain from the 745e will join the range – offering 394PS with CO2 emissions from 39g/km.

There’s no denying that some of the driver engagement has been removed from the 5 Series over the years as it has become more insulated and smoother riding. It now drags on the coat tails of the class above when it comes to refinement.

Even in M Sport trim, the 5 Series rides gracefully. Something that has always surprised us, as smaller sporty BMWs are particularly crashy on rougher roads.

The 520d feels a tad nimbler than the 530e, owing to it not having to lug around a 12kWh battery pack, but the additional 100PS available to the 530e over the 2.0-litre diesel means it can surge to 60mph in just six seconds and provides instant power when required for overtaking or accelerating.

With a full charge, the plug-in hybrid promises up to 37 miles of zero-emission driving.

The car can also decide the best balance of petrol vs electric over a journey, based on data from the sat-nav. 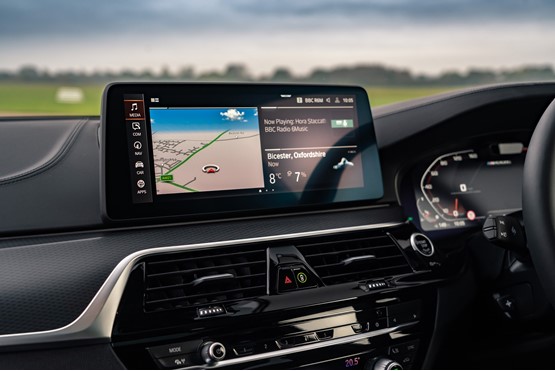 Infotainment is delivered by a new, larger 12.3-inch display and includes BMW’s latest operating system and connected services; such as eDrive Zones, which forces plug-in models to switch to electric-mode in city centres.

Specification has also been boosted over the outgoing model.

The SE grade, which is priced from £39,270, now gets electric folding mirrors, lumbar support and automated parking assistant as standard.

Sitting above the most popular M Sport trim is a new M Sport Edition, which gets 20-inch alloys, exclusive paint colours and red brake callipers.

There has been no revolution with the new 5 Series, but perhaps that’s a good thing as it’s already proved itself a leading contender in the executive market and we don’t want its looks to be ruined by gopping grilles anytime soon.