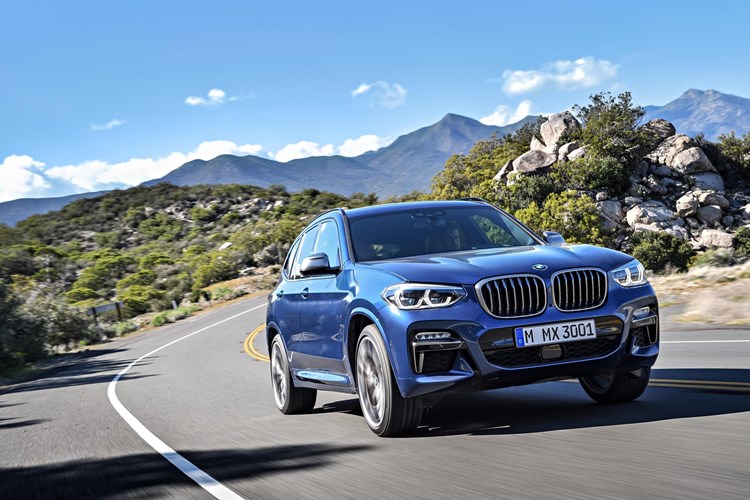 The launch of the X2 earlier this year saw BMW fill one of the few gaps in its SUV range – it now offers X models from 1 through to 6, with a 7 due to arrive later this year.

But one of the mainstays of its X range is also its second oldest: the X3, with more than 1.5 million sold since the original model was launched in 2003 (X5 is the oldest, with it first available in 1999).

BMW has now launched the third generation of this model and it’s roomier, more refined and more technologically advanced than its predecessor.

It is also available only with all-wheel drive and an eight-speed automatic gearbox: just 5% of customers of the previous X3 opted for a manual.

Two petrol engines are on offer but will probably be of restricted interest to fleets: a 184PS 2.0-litre xDrive 20i (163g/km, 39.8mpg) and a 360PS 3.0-litre M40i (188g/km, 34.5mpg), but to a typical company car driver that is little hardship as the 2.0-litre diesel performed impressively on our test drive, offering plenty of power and refinement.

The interior is unmistakeably BMW in terms of design and quality, which means that it is comfortably among the class best. It’s spacious too, with plenty of room for occupants in both the front and rear.

The dashboard is dominated by a 10.25-inch touchscreen which is standard as part of the Professional media system on M Sport (other trim levels are fitted with a 6.6-inch screen).

On the road and undoubtedly helped by having the optional acoustic side glass fitted (£110), road and wind noise was impressively subdued, enhancing the quality feel of the cabin.

However, the ride quality reflects its sporty styling: it will be too firm for many drivers, with many of the bumps and road imperfections being felt clearly by occupants.

However, it handles well, better than you may expect a high-sided SUV to do, and this sporting appeal combined with its refinement and practicality, makes it worthy of consideration for any company car driver looking for a car in this sector.