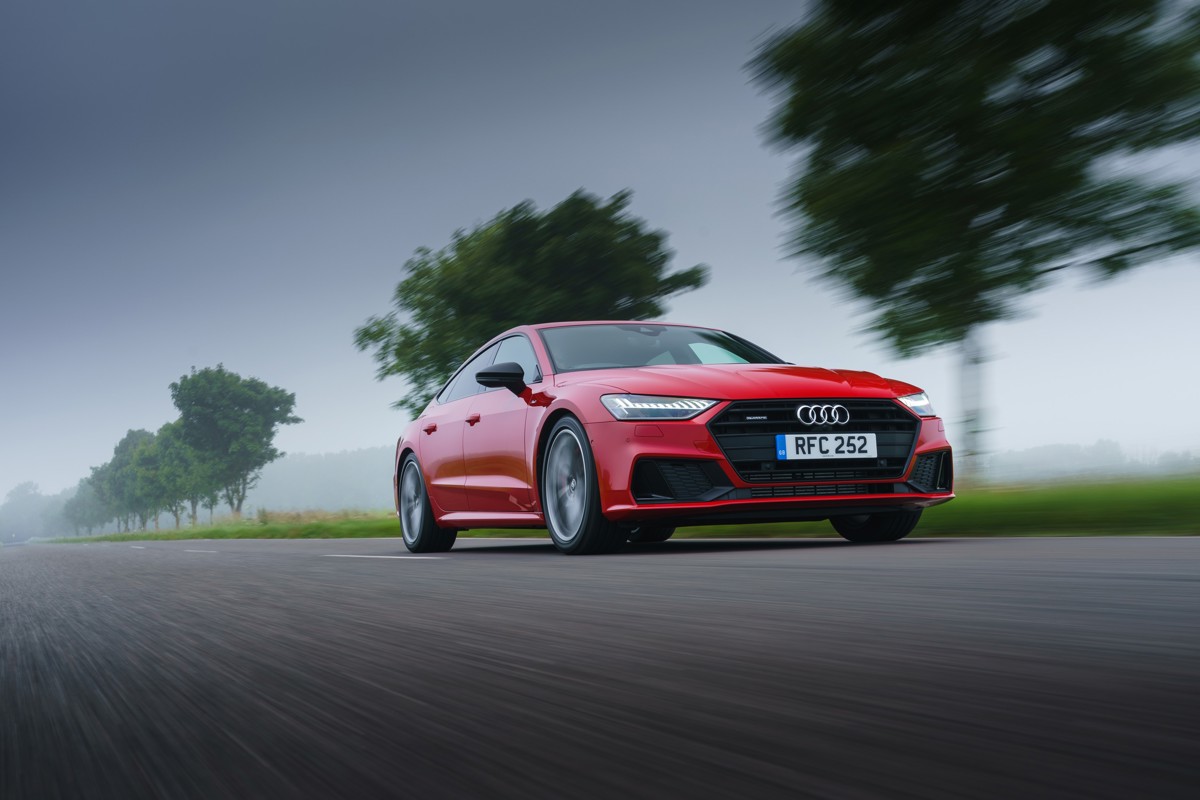 It’s been two years since the second-generation A7 was introduced, but the model gains fresh fleet appeal with the launch of new plug-in hybrid versions.

Their arrival is timely as the changeover to WLTP emissions figures hasn’t been kind to the A7. The entry-level 40 TDI variant is now in the top benefit-in-kind (BIK) bracket with emissions of 152g/km.

That’s where the new 55 TFSI e model we’re testing here should claw back some credibility among company car drivers. It sits at the other end of the scale, attracting just 12% BIK thanks to its 46g/km output.

Those tax saving don’t come cheaply though. Prices for the range haven’t been released yet, but the model we tested was £68,000 – some £20,000 more than the aforementioned diesel. 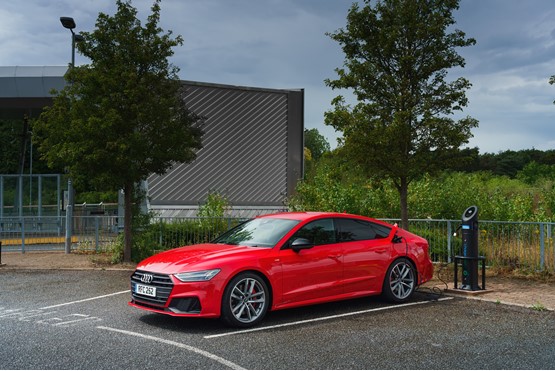 A cheaper 50 TFSI e version will be offered with a lower power output, as on the A6 and Q5.

Both models are potent, pairing a 2.0-litre turbocharged petrol engine with an electric motor to deliver 367PS in the 55 and 299PS in the 50.

The car defaults to EV mode when you set off, using the available charge until the battery is flat. The driver can use a button on the dash to force the car to act as a hybrid. If you input a destination into the sat-nav, the car will balance the use of petrol and electric to maximise the effectiveness of the EV mode, such as when arriving in a city.

You can force the car to recharge as you drive along too, by switching the gearbox to Sport mode.

Official fuel consumption is rated at 141mpg, but this will vary significantly dependent on how the car is driven. We managed to average 45mpg while using the car over the course of a week. Those who do lots of short journeys and make the effort to plug in will have the largest fuel savings, but even drivers who rely heavily on the petrol engine should find that overall consumption is comparable to an A7 diesel. 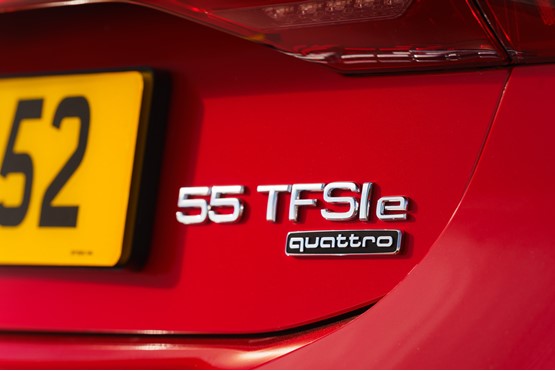 Despite its faster acceleration, the A7 plug-in hybrid is less enjoyable to drive than its petrol or diesel siblings. It carries an extra 180kg of weight, which makes it feel more cumbersome on tighter roads. The brakes also lack bite due to the regeneration system that captures waste energy and feeds it back into the battery. It’s certainly better suited to motorways and A-roads

We don’t want to downplay the A7, however. It’s still a highly desirable company car thanks to its coupe-like silhouette, spacious interior and hatchback practicality. For businesses where fleet plays a part in retention or attracting new talent, the TFSI e versions should fill the gap left by higher emitting models.