"From the outside, the Q4 e-tron is unmistakably an Audi." 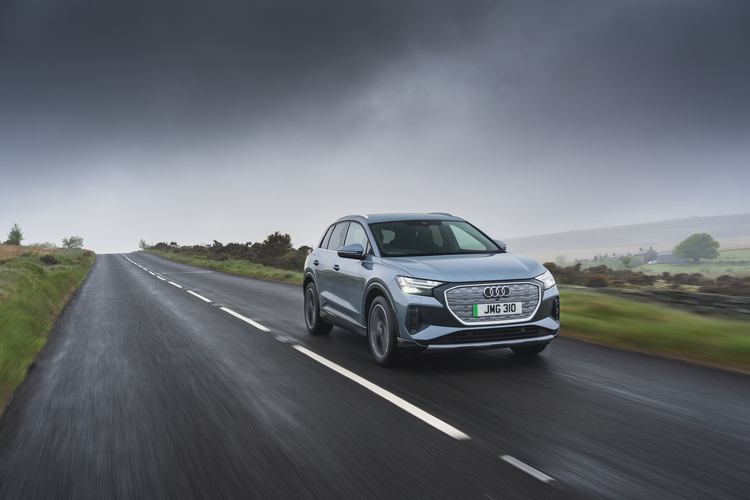 Audi’s Q4 e-tron is the third compact SUV to be based on the Volkswagen Group’s new MEB battery electric vehicle platform and, just like the Volkswagen ID4 and Skoda Enyaq iV before it, it’s a cracker.

The platform gives it the same strengths as its VW Group siblings, such as high levels of practicality, range, efficiency and low benefit-in-kind tax, but wrapped in Audi’s premium package. This all but guarantees it will be a huge success in the fleet sector, which Audi expects will account for 50% of Q4 e-tron sales.

It also expects the SUV to become its second biggest seller behind the A3, taking 14.4% of all its UK sales in 2022.

From the outside, the Q4 e-tron is unmistakably an Audi. It has the familiar prominent grille, with styling cues such as the head- and tail-lights similar to those across the carmaker’s range. The familiarity extends to the interior as well. As expected, the cabin features the usual high-quality materials and build quality associated with the brand, as well as sharing the overall design cues. 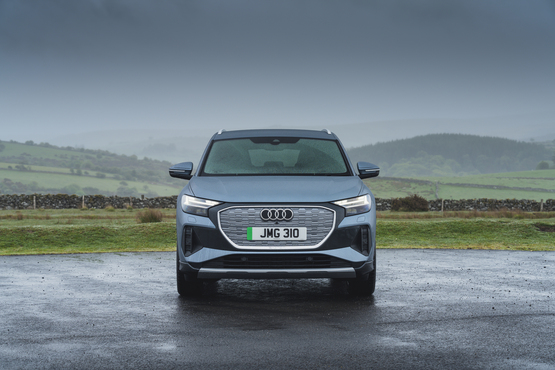 All Q4 e-trons also come with the Audi Virtual Cockpit instrument panel, while the manufacturer’s MMI infotainment system is operated through a centrally-mounted 10.1-inch touchscreen. The biggest surprise is the steering wheel, which is a departure from the norm as it has a flat top and bottom, similar to many Peugeot models. This doesn’t stop it from being nice to hold, however, and it is also the first Audi steering wheel to offer touch-sensitive controls for features such as cruise control and the infotainment system. These recognise not only touch, but swipe gestures to navigate through lists.

The MEB platform, which sees the vehicle battery mounted low in the chassis, means there is plenty of room in the cabin for passengers, while the boot is a generous 520 litres with the rear seats in place, rising to 1,490 litres with them folded.

This usability is enhanced by the range of powertrains offered: drivers can choose from two battery sizes. The Q4 e-tron 35 models have a 52kWh battery and a 170PS motor for a WLTP driving range of up to 208 miles. The Q4 e-tron 40 and 50 models feature a 77kWh battery which, dependent on trim, offers a range of up to 316 miles. The 40 models are, like the 35 variants, rearwheel drive but are fitted with a 208PS motor, while the 50s are four-wheel drive with 300PS. The Q4 e-trons with the 52kWh battery are able to charge at up to 100kW from a rapid charger, while the 77kWh batteries can cope with speeds of up to 125kW.

The car’s plentiful on-paper appeal is supported ably by the driving experience. The Q4 e-tron’s electric powertrain gives it plenty of instant acceleration, while the ride is both as comfortable and refined as you’d expect from a premium SUV.

For many company car drivers, the above will put it at the top of their choice list – and justifiably so.