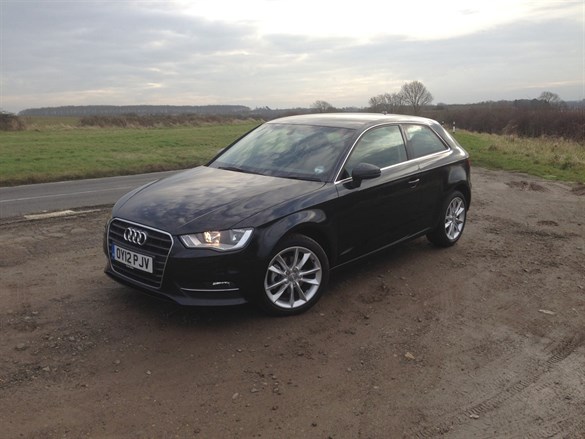 There’s a lot to like about the all-new Audi A3, but a 35% shortfall on a claimed combined figure of 68.8mpg isn’t one of them.

Audi has redesigned the A3 from the ground up and thanks to its ultra-lightweight construction it has produced a car 80kg lighter than its predecessor.

That equates to a claimed combined of 74.3mpg for the 1.6 diesel variant, while our 2.0-litre version quotes a combined figure of 68.9mpg.

However, despite covering several hundred miles more both in town and on the motorway, we haven’t managed to improve on the 48.4mpg achieved last month, which was a 30% shortfall on quoted figures.

Quite the opposite in fact, new figures for the Audi A3 now reveal that it’s currently managing 44.8mpg - a massive 35% shortfall on the fuel economy that the German manufacturer expects to be achieved.

It’s at this point that it’s important to stress that driving style will have a large part to play in what is achievable in any car. Harsh braking and acceleration will result in more fuel being burnt.

However, driving style is typically expected to account for a 15% shortfall on quoted combined figures, which should equate to an achievable 58.6mpg – not the 44.8mpg currently being recorded.

It means a company car driver being reimbursed at 15pence per mile (ppm) – the Government’s advisory fuel rate (AFR) for a diesel car with an engine from 1,601-2,000cc – would still receive £6.72 for each gallon of diesel burnt reflecting an average pump price of £6.60.

At least the driver will not be left out of pocket if he or she was to replicate our fuel economy figures, but for fleets providing drivers with a fuel card, they could find fuel spend significantly higher than they had originally anticipated.