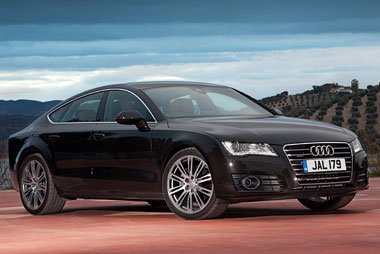 Long gone are the days when upmarket cars were offered as saloons, with perhaps an estate version if you were lucky.

A proliferation of different body styles which fill niches that many of us never thought could exist now seem to be infiltrating the premium sector.

The latest is the Audi A7 Sportback, and its body style seems to occupy the narrow area between Mercedes-Benz’s four-door coupé CLS and BMW’s five-door 5 Series GT.

It’s the first member of the family of cars based on the next-generation A6 due in 2011, and is meant to combine the style of a coupé with the practicality of a hatchback.

Measuring almost five metres long and with a longer wheelbase than the new A6 has, about half the people who choose an A7 are expected to have come from another Audi.

The company claims that if it were to continue with only the traditional saloons and Avants, people might get bored and look elsewhere, so it needs to find new niches in order to maintain sales volume.

The A7 is a strange looking beast at first glance, and colour choice can make a huge difference to its proportions.

For the most part, it’s an attractive car with an appealing sloping rear, spoiled only by the occasional use rear spoiler that lives out of sight beneath the rear window most of the time.

It’s priced at a similar level to the BMW 5 Series GT, and A7 customers will be able to choose from SE or S Line grades.