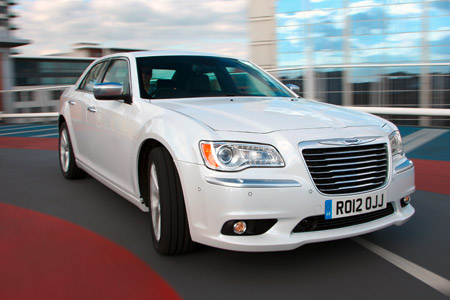 Chrysler’s sales in the UK have outstripped its 25% improvement globally this year.

The car that gave Chrysler a boost in 2005 and 2006 – the 300C – has now been replaced with a second-generation model, although the company is talking about sales in the hundreds for the UK compared to the thousands of its predecessor partly due to its mistake of offering only a 3.0-litre petrol option.

The size of the engine and CO2 emissions may hinder Chrysler when compared to cleaner rivals in the executive segment, an area of the market dominated by four-cylinder diesels in the UK. Unfazed, Chrysler has no current plans to introduce any further engine variants or an estate version.

“Competing in the 3.0-litre market is very niche and will limit us, but I think we can better manage our residual values and aim for the 300C to offer an alternative to the norm,” said Nigel Land, brand director at Chrysler.

The V6 offers plenty of performance, but it is at cruising speeds when the car really shines. The engine is quiet and the car is particularly suited to motorway miles.

At 5,066mm in length, the 300C is slightly bigger than its predecessor, although it doesn’t feel quite this large from behind the wheel.

The interior has a luxurious feel and the quality of materials is markedly improved from the original 300C. Equipment includes leather upholstery, double panoramic sunroof and wood finish on the dashboard and doors; it even includes heated/cooled cup holders.

Among the interior features is an entertainment system which features the largest display touch-screen in the segment.

This ensures that the reversing camera view and sat-nav map are displayed very clearly.

There is also an array of safety features which we now expect in cars in this sector, such as adaptive cruise control, blind spot monitoring and tyre pressure monitoring.

Chrysler claims the P11D price is up to 10% cheaper than other E-segment cars when adjusting for specification. But Land has set a realistic sales target for the latest model which went on sale in the UK on 14 June.

“We have been very realistic with our aspirations for the 300c. We want to sell 450 units by the end of the year and 750 units in a full year,” he said. 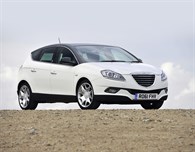 Chrysler’s new C-sector model is styled to win second glances as well as prompting corporate buyers to change their perception of the US car company.