Volvo XC40 road test | it is among best in class

"On a motorway run we struggled to achieve 40mpg on the trip computer against a promised 56.5mpg." 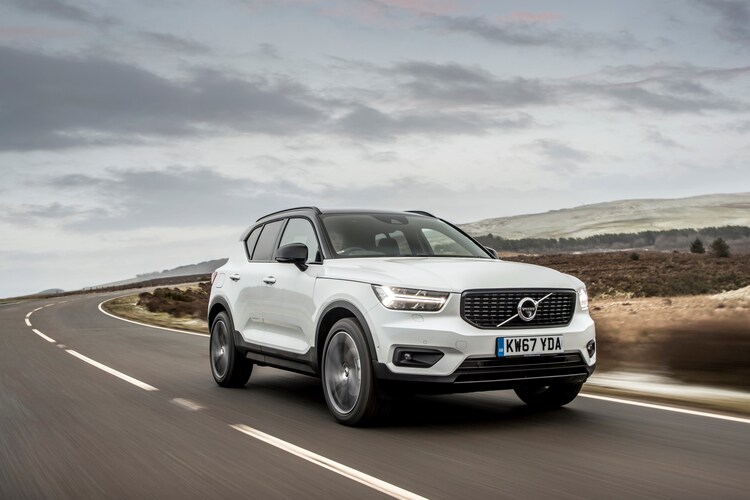 Within a week of seeing the all-new Volvo V60 in Sweden, we were behind the wheel of the new XC40 in the UK.

Volvo’s product offensive shows no signs of slowing down and the quality of what we have seen has impressed.

The XC40 is the first car we’ve driven that is based on the brand’s new smaller platform, which will underpin a range of future compact Volvo models.

Our top-of-the-line D4 First Edition test car came with a price tag of almost £40,000 and we should point out now that the XC40 is not a cheap proposition – prices start at £29,000 on the road for the entry-level Momentum.

However, it isn’t meant to compete at the cheaper end of the SUV market, like a Seat Ateca or Kia Sportage.

The XC40 is a premium entrant to the small SUV segment, taking aim at Jaguar’s new E-Pace and the recently launched BMW X2.

In keeping with its price tag is a suite of premium features such as heated steering wheel, seats and windscreen, Pilot Assist semi-autonomous driving technology and a Harman Kardon speaker system.

Other highlights are the panoramic glass sunroof, 360-degree camera system and keyless entry.

The Swedish brand has a renewed focus on making cars that are both easy and pleasurable to own, and that extends to everyday practicality.

For example, the seats are very comfortable, the visibility is excellent and there are useful storage compartments at the driver’s fingertips.

On the move it’s refined, quiet and easy to drive. The D4 engine develops 190PS so pace is strong. However, the fuel consumption was disappointing.

Granted, we drove the car during the cold snap earlier in the month with ambient temperatures averaging about -3 degrees. But, on a motorway run we struggled to achieve 40mpg on the trip computer against a promised 56.5mpg.

There are other, more frugal, versions available later in the year, which should be better suited to higher-mileage drivers along with a plug-in hybrid.

Away from the cold, the XC40 demonstrates better driving dynamics than we’ve seen from larger Volvos. It’s not a class leader but does offer high-levels of grip and minimal body-roll – making for an enjoyable drive.

The First Edition is based on R-Design trim and comes with firmer suspension and large 20-inch alloy wheels. Even in this configuration, the ride is excellent.

As a company car, the D3 front-wheel-drive model is a better contender than the D4, with CO2 emissions of 127g/km.

Our all-wheel drive test car emits 135g/km, which means benefit-in-kind tax will cost around £2,200 per year for a 20% taxpayer.

By comparison, a similarly specified all-wheel-drive E-Pace D180 will hit drivers with an additional £900 per year in tax and has a list price of £4,000 more, making the XC40 the more attractive financial choice.