"The XC40 is an attractive package for so many reasons. "

Hi-tech and high spec, Volvo newcomer is a true premium SUV contender as Simon Harris discovers in the first drive.

Volvo cars became affectionately immortalised in the 1990 film Crazy People where Dudley Moore’s weary advertising executive began his own campaigns telling it like it is.

In it, the proposed campaign for Volvo had the tagline ‘Buy Volvos – they’re boxy, but they’re good’, and also pointed out in the text below the pictured 760 saloon that they were safe (as opposed to sexy!).

I was reminded of the film when I saw Volvo’s newest model, the XC40 SUV.

A compact SUV for North American customers (although we might refer to it as a family car-sized ‘medium’), with its upright stance and right angles around the rear bodywork, it’s definitely the ‘boxiest’ Volvo for years.

Although the analogy is perhaps a little unfair, as the early 1990s Volvos were all sharp edges, while the XC40 has curved edges.

Volvo says the XC40 completes its SUV line-up (following the introduction of the latest XC90 and XC60), and is an SUV rather than a crossover, with ground clearance of 211mm and a wading depth of 450mm.

Volvo’s transformation under the stewardship of giant Chinese car manufacturer Geely continues, and while the latest generation of cars launched to date have used the company’s SPA (scalable product architecture), the XC40 is based on a new compact platform developed jointly with Geely that will also form the basis of the next V40. 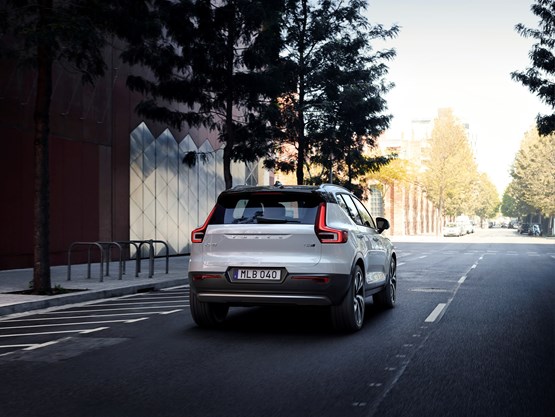 The latest generation of Volvos are viewed internally as premium products and are priced as such. Residual value forecasts suggest that the market agrees.

The XC40 is no exception, with predictions placing it ahead of the Audi Q3 and BMW X1, although not enough to beat the UK market’s obsession with anything wearing a Jaguar or Land Rover badge (see our comparison).

Premium price tags it may have, but the XC40 certainly isn’t short of equipment as standard. 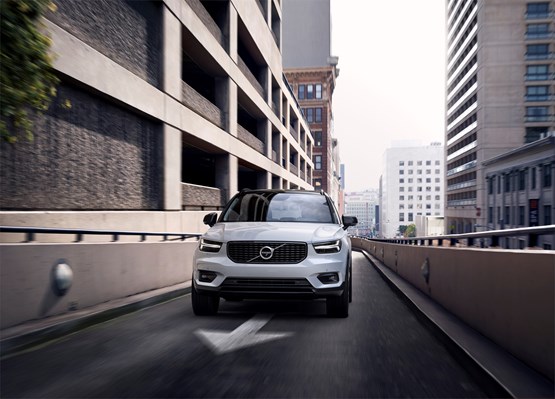 Each equipment grade is available with a Pro upgrade that adds a cluster of popular options.

On the launch event, we were able to drive 190PS D4 diesel variants and 245PS T5 petrol, both equipped with 2.0-litre engines, eight-speed automatic gearboxes and all-wheel drive. 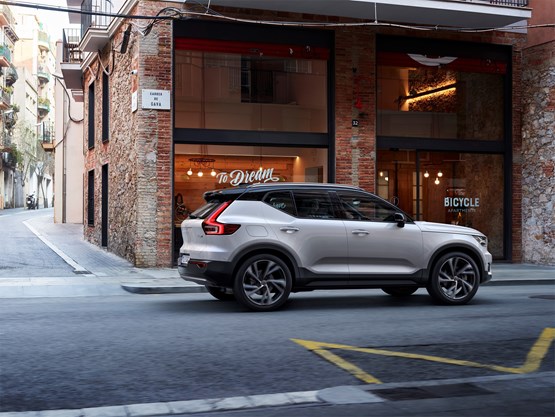 Less powerful variants will follow, with a 150PS front-wheel drive D3 diesel expected to be the best-selling version in the UK.

Volvo UK expects around 75% of XC40s sold to be diesel versions, despite recent tax increases.

The engines are familiar to us from other Volvo models, and the D4 seems well suited to the XC40.

Smooth and refined, and with enough pulling power to haul the car to 62mph from rest in less than eight seconds, the diesel provides effortless performance. 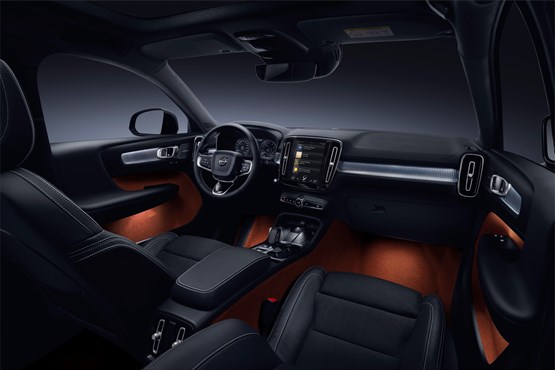 Fuel economy of 56.5mpg in NEDC figures are tempered with a WLTP range of a more realistic 39.8-44.1mpg, although the CO2 emissions of 133mpg are pretty good for such a potent engine in a four-wheel drive car with automatic transmission.

Our test vehicles were fitted with optional 19-inch alloy wheels for the D4, and 20 inches for the T5 (with the maximum available on the XC40 an astonishing 21 inches).

Ride comfort was pretty good, with most harshness from poor roads eliminated before being felt in the well-insulated and roomy cabin, which bodes well for cars specified with the standard 18-inch wheels.

The XC40 is an attractive package for so many reasons.

With an abundance of safety and assistance technology as standard, a cool and smart design, and relatively low running costs, it should strengthen Volvo’s credentials as a true premium alternative to Jaguar, Land Rover and the German brands.

Volvo S60 T8 long-term test | practicality has not been overlooked