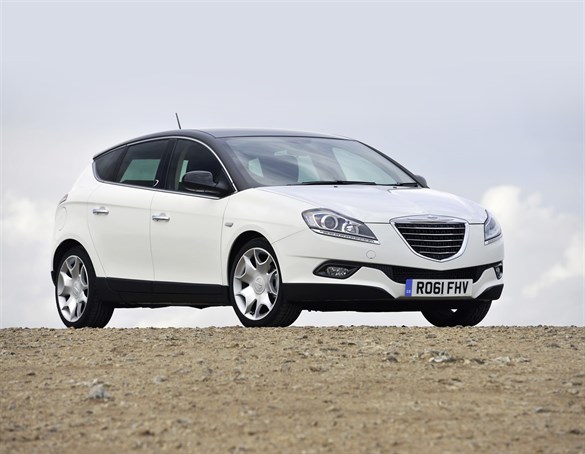 Chrysler’s new C-sector model is styled to win second glances as well as prompting corporate buyers to change their perception of the US car company.

Launched in a bid to drive the beleaguered brand into the heartland of the UK company car market, the Delta hatchback is anything but a mainstream model, claims brand director Nigel Land.

“We’re introducing a distinctive product that has stand-out styling and gives user-chooser drivers considerable extra benefits in a package that offers a lot more for their money,” he said.

In revised form following the strategic alliance with Fiat signed two years ago, the car, sold as a Lancia in mainland Europe, backs up its stand-out appearance with a package of sophisticated electronic features that are claimed to enhance the driving experience while also promoting safety standards.

Based on an electronic steering system that prompts drivers to maximise roadholding, the Delta’s gadgetry ‘suggests’ the most appropriate moves to maintain control over surfaces with differing grip levels and is said to cut braking distances by 10%.

Standard across all versions are LED daytime running lights and front fog lamps with a cornering function. But a transfer of techniques used in Chrysler’s MPV models allows the Delta to claim a unique advantage over its rivals with a rear bench seat arrangement that slides backwards and forwards for maximum versatility between bootspace and legroom, providing from 380 litres to 465 litres luggage volume with the seats in place and a maximum 1,190 litres of cargo space.

While some of the car’s competitors have arguably more attractive dashboard layouts, none come with a button that lightens the electric power steering for even easier manoeuvring in congested areas.

Available in four trim levels and with a choice of two petrol and two diesel engines, the Delta is expected to account for up to 2,500 registrations next year.

“With RV figures among the best, we’re expecting the MultiAir SE and M-Jet Auto versions to be most popular with corporate buyers,” said Land.