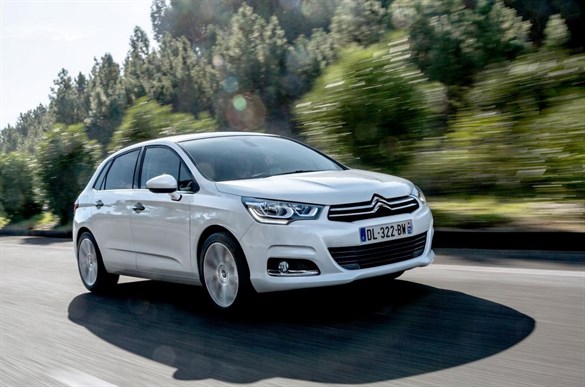 The Citroën C4 hatchback has always had to fight hard to be noticed in a sector populated by many capable and desirable rivals. This is without the continued encroaching of crossovers into the C-sector, casting a spell over many company car drivers with families to make them think they need the extra versatility of the taller vehicle.

The C4’s Peugeot cousin, the 308, brought home  European car of the year in 2014 and, to add to the discomfort, began sharing its name with a far more quirky and interesting sibling last year with the C4 Cactus.

Citroën says almost half a million units in the current C4 generation, introduced in 2010, have been produced by its Mulhouse plant in France, which predominantly provides models for Europe. It has certainly made a mark, even though perhaps its presence on our roads is less perceptible than cars such as the Volkswagen Golf, Ford Focus, Vauxhall Astra and, indeed, the Peugeot 308.

There are some extra chrome trim highlights available in the Plus Pack, and a couple of new paint colours are now added, although not the kind that would help grab the attention of passers-by. Both are shades of grey.

The big news is under the bonnet. Most of the diesel options use the new, more efficient BlueHDi, which use AdBlue to help comply with Euro 6 emissions rules.

There are new petrol engine options, too, with a three-cylinder 1.2-litre. We tried a 130hp version of this engine with a six-speed automatic gearbox that is more responsive, with better fuel efficiency than the four-speed auto it replaces.

However, fleets will mainly be interested in the diesels, and the one we tried performs smoothly, with ample acceleration and impressive refinement.

Unlike many cars where the driver is assumed to want responses suitable for an eight-minute lap of the Nürburgring’s Nordschleife, the C4 has a reassuring comfort bias. Its suspension soaked up the many speed humps on my test route.

The trade-off is a bit more body roll than in some rivals, but for most drivers this won’t be a problem.

The C4’s interior makeover also gives it a cleaner look, with more functions located within the touchscreen, and fewer buttons on the dash. It’s good value, too, with the high-spec Flair coming in at less than a mid-spec Ford Focus Zetec on P11D price.