"During our testing we saw no less than 5mi/kWh." 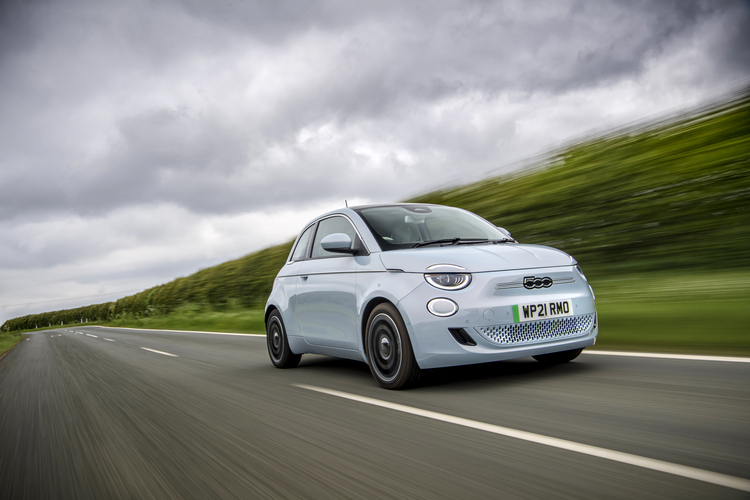 To set the scene for the new Fiat 500e we first need to look back at the Ford Ka. Following the success of the first-generation model in the ’90s, Fiat ended up working with Ford to co-develop the next one, along with its own 500 (the one we have now).

This arrangement was especially lucrative for Fiat; the poor old Ka lost its place at the top of the sales charts while the retro-styled Italian stole the nation’s hearts. Such was the 500’s success that Ford, eventually, pulled the plug.

What we’re reviewing here, however, is an all-new, all-electric 500. Primed and ready to set the standard for the next generation of small car – sound familiar?

Before you break out the tissue box to mourn the demise of the old one, fear not. It will continue to grace the car parks of your local Starbucks “for the foreseeable future” says Fiat, with its recently introduced hybrid petrol engine.

So, what’s this new 500 all about then? Well, Fiat says everything is new. That’s the exterior, interior and underpinnings. However, it’s not ready to abandon the design of the original, meaning the new 500 looks quite a lot like the old one.

It’s fair to say the old 500 was somewhat ergonomically flawed, with a pretty dreadful driving position and a dashboard that was decidedly lacking in up-to-date technology. In the 500e, it’s all changed. There’s a crisp digital instrument binnacle, a thoughtful design to the position of the steering wheel, seat and pedals, and a great big touchscreen that – for the first time in a Fiat – isn’t a tiresome thing to use.

Prices start at a palatable £22,940 (P11D) for the basic Action model, which comes with a 24kWh battery for a range of around 115 miles. That might not be enough for everyone, so the next model up, Passion, comes with a larger 42kWh battery and can cover up to 199 miles between charges. It costs from £26,440.

While the smaller battery powers a 93PS electric motor, the larger unit is paired with a 118PS one. We sampled the latter and it left a lasting impression.

By developing the car from the ground up to be an EV, Fiat has managed to avoid some of the packaging and driveability compromises experienced in some other cars. The result is a car that is fun, comfortable and efficient.

During our testing we saw no less than 5mi/kWh, which is impressive for any EV and means the car could, technically, exceed Fiat’s range predictions if driven sensibly.

Of course, that instant acceleration coupled with the 500’s nimble chassis makes it challenging to do so.

The 500e isn’t an all-out speedster though. It tops out at 93mph. Instead, it’s exactly what you want from a city car. There’s enough grunt to keep up with motorway traffic, but, in the main, it’s happy nipping in and out of gaps in the city.

Cars like the 500e, Mini Electric and Honda e are a desirable and cost-effective first step into electric motoring for many. We could be looking at the new leader of the pack.