"The new infotainment setup is miles ahead of anything we’ve experienced in other Hondas." 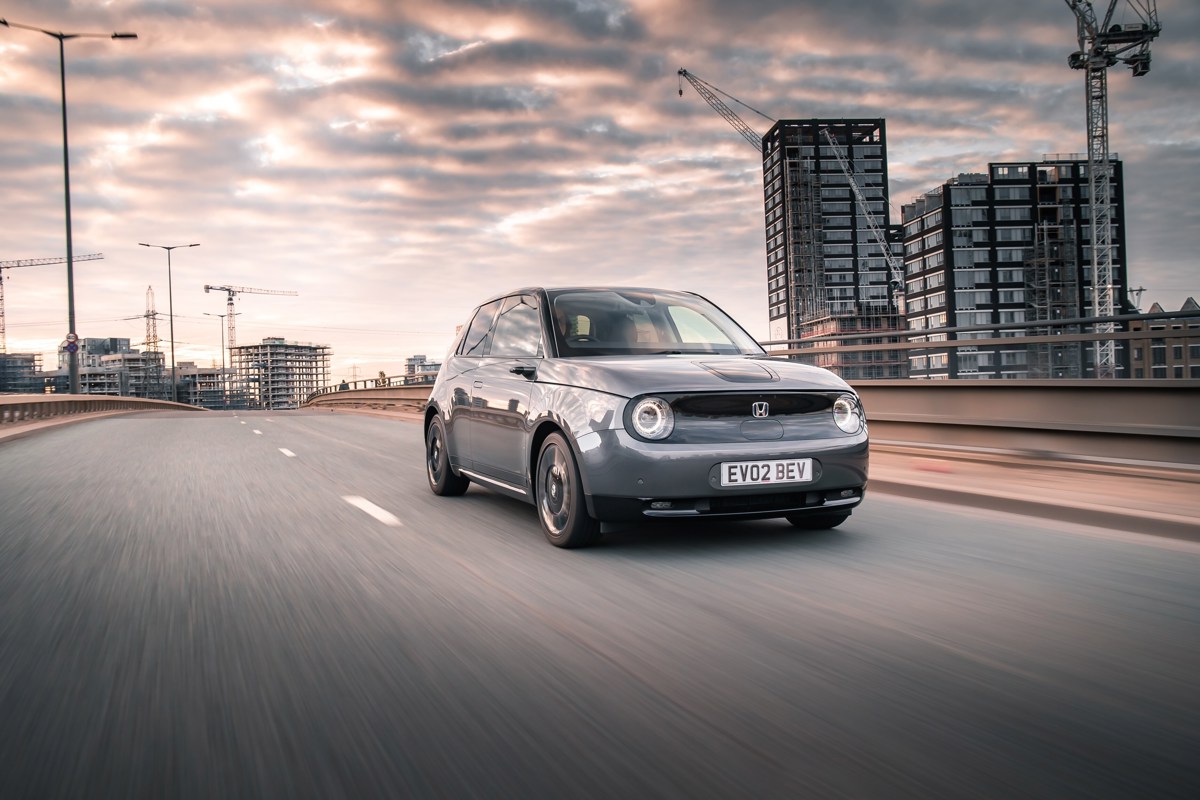 Honda’s current model range can be divided into two rather distinct camps: staid and sensible or utterly bonkers.

While the former accounts for the bulk of its sales, attracting more traditional customers, the latter – consisting the Civic Type R and NSX - has established it a somewhat cult status with enthusiasts.

With the Honda e, the brand is chasing a new type of customer. Therefore, it has developed an entirely new car. Honda’s first production electric car, no less.

The Honda e is a retro-styled electric city car that looks like no other. It’s designed to bring technology to the forefront, while delivering a zero-emission vehicle with style and desirability at heart.

Based on the Honda Urban EV concept that debuted at the 2017 Frankfurt motor show, the Honda e is a real-life concept car for the road. Its interior features a panoramic array of widescreen monitors and all the mirrors are cameras.

The flush-fit door handles, one-piece gloss black front panel and circular lights give the car a unique look. It plays homage to the original Civic but adds a modern twist.

Under the floor sits a 35.5kWh battery that gives the Honda e a range of up to 137 miles, although we’d say 100 was more realistic.

It powers an electric motor in the rear axle, meaning the electric Honda is rear-wheel-drive unlike its counterparts. While this doesn’t make it particularly better to drive, it does mean the car can dispatch its power more cleanly without scrabbling for grip.

The Advance provides 154PS, reducing the 0-62mph acceleration time from 9 seconds to 8.3. Both serve up a decent amount of shove, as you’d expect from an electric car.

Connectivity plays a big part in the new car’s functionality. Owners can interact with the car remotely via the My Honda+ smartphone app and use it as a digital key to unlock and start the car.

The new infotainment setup is miles ahead of anything we’ve experienced in other Hondas. It’s simple to use and allows the driver to configure what is shown on each display – there’s even a ‘virtual’ fish tank.

With a limited driving range, Honda has focused on fast charging technology to ensure users can get where they are going. The Honda e can reach 80% capacity in 31 minutes, using the fastest charger.

While the Honda e makes good progress on the motorway, it’s clearly a car that is more at home in the city. The turning circle is similar to that of a black taxi, making it the ideal urban commuter.

Compared to the Mini Electric, the Honda e offers a similar range and comes at a similar price. The Mini is bit quicker, but the Honda comes better equipped.

This is where drivers may become torn. Mini has opted to retain its classic look, with the car almost indistinguishable from a regular version. Honda, meanwhile, offers something more unique for those that want to stand out.