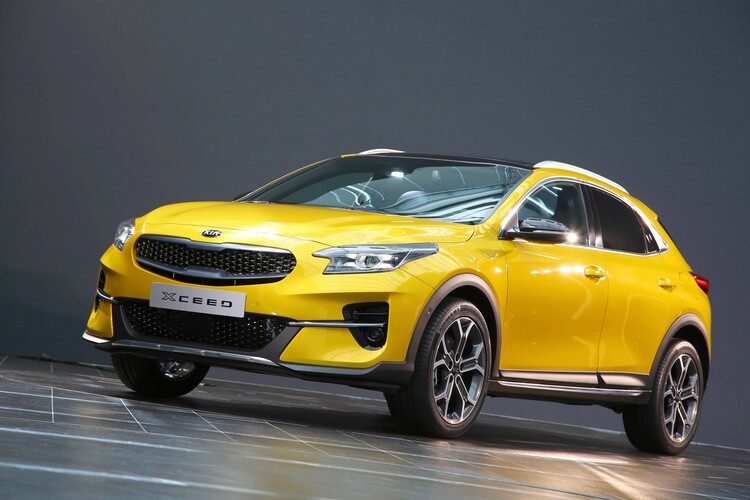 Kia expects its relentless sales volume growth to continue in 2020 with the help of the new XCeed crossover, which fills the gap left by the discontinued Venga.

Said to span the hatchback, crossover and SUV sectors, the XCeed is forecast to account for 50% of all Ceed sales next year.

The brand claims the new model blends a sporty drive and coupé-like styling with the added interior space and commanding view down the road sought by SUV customers.

Courtesy of longer overhangs, the XCeed is 85mm longer than the Ceed hatchback (at 4,395mm), while 26mm has been added to the standard car’s width and 48mm to its height in its tallest, 18-inch wheel-equipped, guise.

Occupants sit around 44mm higher than in the hatchback, thanks to a ride height of 184mm, but the XCeed still sits 150mm lower than the Sportage.

Its 426-litre boot is 31 litres more than the hatchback and 73 litres down on the Sportage.

The engine line-up consists of a 120PS turbocharged 1.0-litre three-cylinder petrol and a 140PS 1.4-litre turbocharged petrol engine, which is the only one available with Kia’s seven-speed dual clutch transmission (DCT).

There are also 115PS and 136PS versions of a 1.6 CRDi turbodiesel, which Kia is confident will still appeal to fleets.

CO2 emissions of 109g/km and 57.4mpg combined fuel economy are to credit for this assumption, though the 1.0 T-GDi currently offers the lowest benefit-in-kind (BIK) rate at 28%.

A plug-in hybrid version of the XCeed, twinning a 1.6-litre petrol engine with an electric motor and 8.9kWh battery, will arrive early next year promising a zero-emission range of around 37 miles which will put it in the 10% BIK tax bracket from April.

While the DCT gearbox fitted to the XCeed can be a little hesitant at manoeuvring speeds, it is a good match for the XCeed, which benefits from a quieter cabin and slightly smoother ride than the Ceed hatchback. 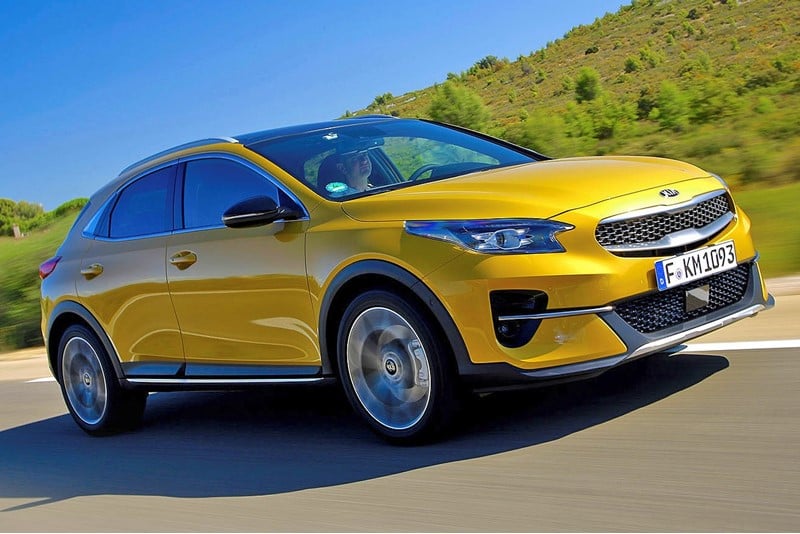 New hydraulic bump stops at the front could be credited with helping to smooth out the ride a little.

Key differentiators between the XCeed and the Ceed hatchback come in the form of new infotainment and telematics technology.

Kia hands a debut to a new 12.3-inch fully-digitised instrument binnacle and a UVO Connect system, which is standard on 3 and First Edition trims and comes coupled to a new 10.3-inch touchscreen.

The UVO system delivers access to a range of connected features, including live weather, parking information and nearby restaurants as well as giving customers access to vehicle usage and maintenance data through a connected app.

Drivers can also send a destination to their sat-nav via the app prior to entering their XCeed.

It’s a segment seen as desirable among retail buyers and, when the plug-in version arrives, we expect fleets and user-choosers to be drawn to Kia’s latest sales champion, too.

The 3 adds 18-inch alloys, part faux leather seats – heated, along with the steering wheel – and a forwards collision avoidance system with pedestrian recognition.

The XCeed taps into the heart of the C-Segment crossover market typified by the Mercedes-Benz GLA-Class. 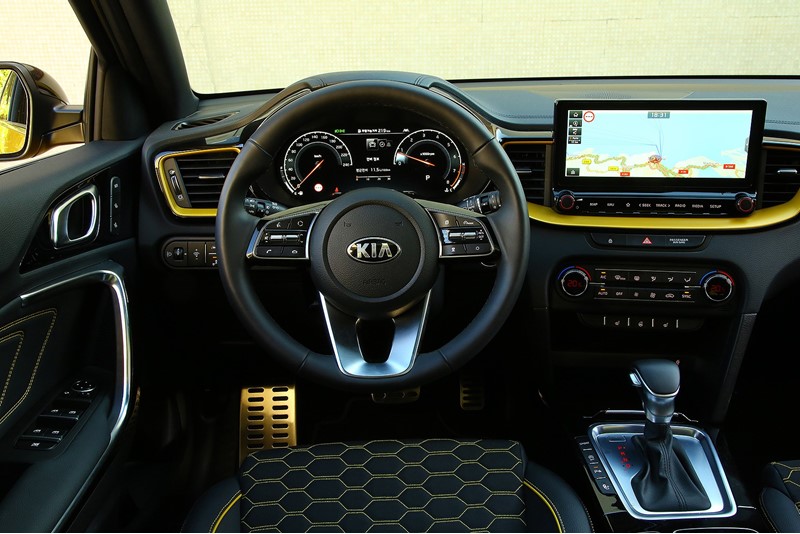