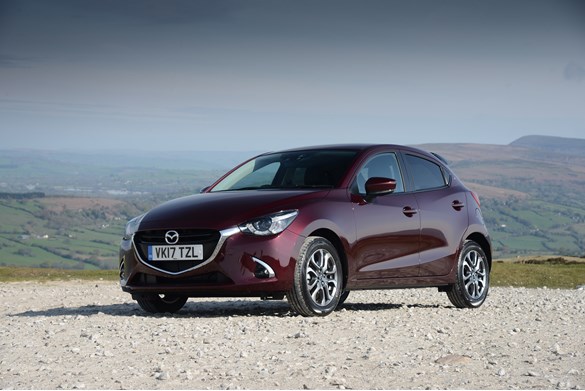 The Mazda 2 is a compelling smaller car with G-Vectoring that produces a smoother, less fatiguing drive.

Jeremy Thomson, Mazda UK managing director, said: “In fleet, it is becoming very popular for drivers to buy up in the spec range.

"We have drawn down some features from the 3 and 6 to satisfy demand for a more premium car in this segment.”

Although not a major fleet seller – Thomson expects 20% of the 8,000-10,000 annual sales to go to user-choosers and contract hire – the Mazda 2 has a lot to offer customers looking for a compact car.

Interior space is good for front and rear passengers, with plenty of head and legroom, while the boot capacity of 280 litres is sufficient for most everyday uses (and is comparable to key rivals like the Polo and Fiesta).

The 1.5-litre diesel was dropped a while ago due to lack of sales.

The 90PS petrol is a perky unit but needs to be worked hard on hilly roads, often running out of puff in third gear on steeper inclines.

The 115PS gives that extra little boost, but there is the compromise on efficiency. 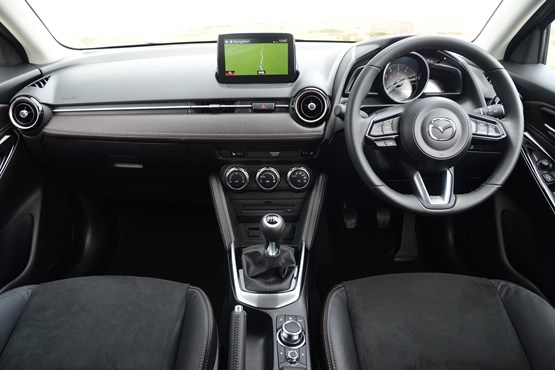 However, given the need to work the 90PS engine harder, real-world emissions are closer, according to Equa Index – 47.3mpg for the 90PS versus 43mpg for the 115PS, a gap of 4.3mpg compared to the official difference of 6.3mpg.

The biggest change to the car is the introduction of Mazda’s G-Vectoring system, which constantly adjusts power delivery and vehicle weight while cornering, improving handling and control.

The company claims that, as a result, G-Vectoring produces a smoother, less fatiguing drive. We agree.

On a seemingly endless loop of hairpins and dogleg twists during the test drive, the car soaked up everything we threw at it with assured confidence.

Five hours of challenging driving, punctuated only by lunch, sailed by without fatigue encroaching – unusual for a car of this size.

The additional equipment offered in both more than offsets the higher price which, when translated into the monthly lease and benefit-in-kind, will be negligible anyway.

“It is important to optimise the number of cars we are selling to manage our total CO2 emissions across Europe, given the EU fines,” said Thomson. “Having a compelling smaller car is important to us.”