"When the driver sets cruise control, ProPilot maintains a centre lane position and keeps a minimum distance from the vehicle in front." 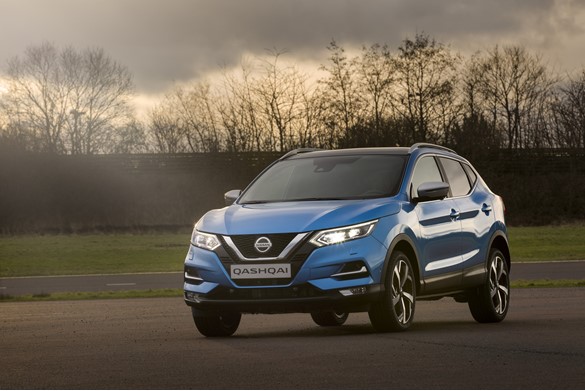 Nissan is hoping increased take up of its latest driver assistance technology, combined in a single pack, will help reduce fatigue and improve safety for high mileage drivers.

ProPilot launched in the new Leaf earlier this year,  and became available in the Qashqai in March. Nissan points out that both cars are the best sellers in their sectors and help to increase the presence of the technology on the roads.

Many other car manufacturers offer similar technology, but usually as a separate option or in a cluster of packs and elements that are activated independently.

The technology works based on traffic and road conditions data supplied by a camera mounted in the windscreen and a radar behind the Nissan badge in the radiator grille.

When the driver sets cruise control, ProPilot maintains a centre lane position and keeps a minimum distance from the vehicle in front. 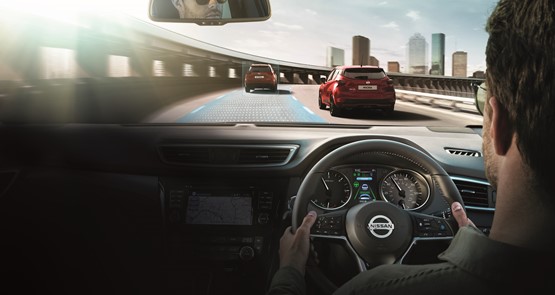 James Bird, Nissan Qashqai product manager, said: “ProPilot is a step toward autonomous driving, but as a driver assistance system. The driver must remain attentive with ‘hands on and eyes on’, although the system can help in situations caused by lapses of concentration.”

On the new Leaf, ProPilot has a 60% take-up. It launched on the Qashqai in a special Pilot One Edition using the 1.6 dCi diesel engine and X-tronic CVT automatic transmission.

It is available as a £795 option on some other variants. Petrol versions are planned to follow later.

On manual variants of the Qashqai, a £495 Drive Assist pack is offered, with the traffic jam assist function absent. Traffic jam assist allows the car to slow to a standstill when following a vehicle, and if the stop is for up to three seconds, the car will set off again after the vehicle in front moves.

If longer than three seconds, the ‘resume’ button can be pushed on the steering wheel.

It’s not possible to offer it on manual transmission because it would be impossible to deploy as the driver would need to use the clutch pedal.

We tried the cars on a circular route including the M25, M3 and M4, most of which were free-flowing, but there was queueing traffic exiting the eastbound M4 on to the M25.

When functioning in high-speed traffic and the car is slowing behind a vehicle in front, indicating to overtake on the right – assuming there is no approaching vehicle detected – results in an increase in revs to ensure the Nissan is primed to carry out the manoeuvre safely.

There is no corresponding increase in revs if in the same circumstances you indicate left because the system knows we don’t change lanes to the left to overtake on motorways.

Should the driver prefer not to have the steering assisting element, this can be deactivated by a button on the dashboard, although the way it firmly keeps the car in the lane centre, rather than ‘ping-ponging’ off the lines at either side like some systems, feels comfortable and reassuring.

The driver can choose from three gaps to the vehicle in front when a cruise control speed is selected – the largest of them means another driver could use the space when overtaking.

The system worked well in traffic, often feeling it was paused a little longer than three seconds before slowly moving on to follow the vehicle in front. For longer periods, it's easy to prompt the car to set off again using the ‘resume’ button for the cruise control on the steering wheel, or gently pushing the accelerator pedal.

The car’s stop-start system also activates when circumstances allow, and if the car has been at rest for less than three seconds, it restarts again when the traffic in front begins to move again.

While these features are not revolutionary, and are similar to other cars with so-called level-two autonomy, the convenience of combining them all in one pack and activating them in sync with one button is unusual. 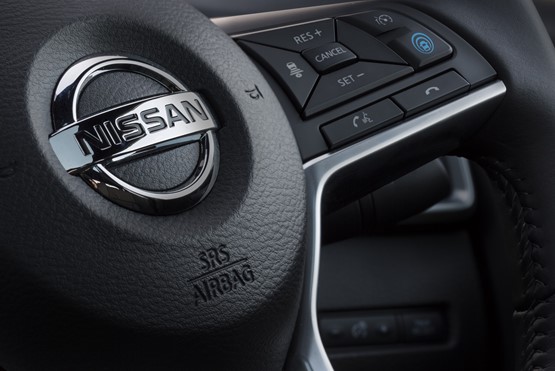