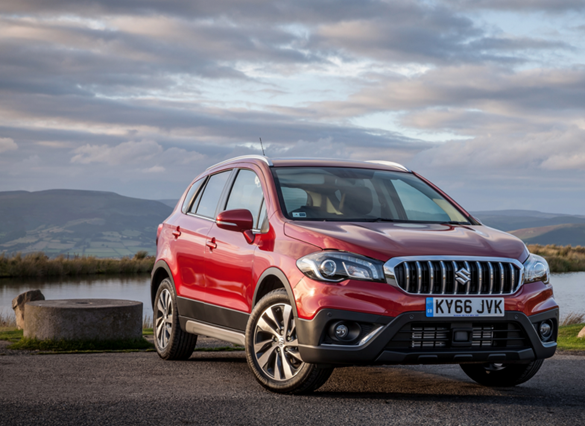 Suzuki is hoping that a few suggestions from Europe will soon be helping a revised sports utility vehicle make greater inroads into Britain’s fleet industry.

Executives from five of the Japanese firm’s European subsidiaries were asked to come up with a list of ideas aimed at reviving flagging showroom interest in the S-Cross model introduced three years ago. As a result, the latest version gains added distinction from a more upmarket appearance and has a higher grade interior with greater use of soft-touch trim.

“We suggested styling changes that involved introducing a scoop shape at the front to highlight a more prominent grille, headlamps with more detailing, a high shoulder line and a clamshell bonnet and I’m delighted the Japanese design team took just about everything we said on board,” he says.

“The S-Cross was our first C-sector crossover and members of the design team used the previous-generation Nissan Qashqai as their benchmark when they were working on the original shape. It went down well in its first year here with local businesses and Motability customers but sales fell away in the second and third years as successive SUV styling developed to be a lot more purposeful to reflect changing tastes in the market.”

He added: “Our latest version has a frontal design that takes account of these changes. It makes a stronger visual impact with a more premium appearance and looks sufficiently different to create more opinions than its predecessor. I believe this major facelift action will deliver a repeat of the initial success of the original model with up to 2,500 examples of the fleet-dedicated SZ-T being sold next year.”

A radical change under the bonnet also marks a major turning point for the new fleet model. It now uses a three-cylinder Boosterjet petrol engine one-third smaller than the 1.6-litre, four-cylinder Fiat diesel motor of the previous SZ-T.

Swept volume is only 988cc, but with prolific output claimed to match that of a normally-aspirated 1.8-litre engine, the little direct-injection and turbocharged unit has 11% lower tailpipe emissions and 10% better economy than the discontinued Suzuki 1.6-litre petrol engine.

With virtually no turbo lag, the Boosterjet pulls strongly away from rest, accelerates smoothly from little more than tickover rate in top gear and allows the chunky five-seat car to offer surprisingly quiet and composed motorway cruising.

“We think this version has everything the busy driver needs for day-long comfort and convenience at work as well as versatile family transport. The upgrade makes it £1,000 dearer, but, after specification adjustments, it compares well with the Škoda Yeti and is up to £3,000 cheaper than the Qashqai. It’s also better to park now because the new shape makes it possible to see the end of the bonnet from the driving seat,” says Wyatt.